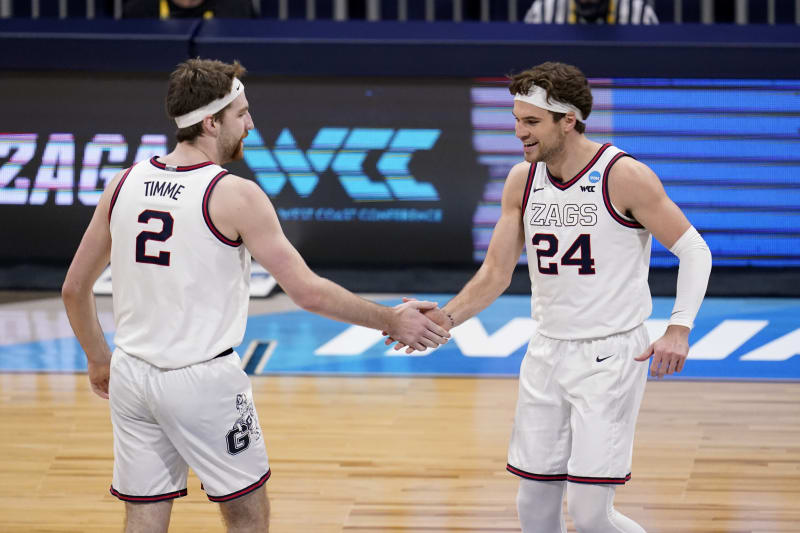 Oregon State has looked amazing over the last few weeks and I thought their Cinderella magic was going to run out vs Loyola-Chicago but they proved me wrong. Houston played a great game vs Syracuse but I’m still not impressed by them considering if Rutgers didn’t collapse on themselves in the second round the Cougars would not be in this spot. Oregon State has seemed to handle every game pretty handily and I don’t see that changing now. This is going to be a low scoring close game with the Beavers headed to the Final Four for the first time since 1963 and being the lowest seed to ever advance to the Final Four.

This game is very interesting to me because I thought the line would be around 4-6 in favor of Baylor but with the line opening at 8 makes me think Vegas is begging you to take Arkansas. The Razorbacks have been playing in some super close games and just barely squeaking by two missed game winners by Texas Tech and Oral Roberts so I think their good luck slows down here and Baylor takes this game. The Bears showed just how good they are after being down at half to a well coached team in Villanova and having one of their worst shooting games this year and still came back and won by double digits. That is the mentality of a National Championship contender and I think Baylor gets one step closer to reaching their goal and advances to the Final Four tonight.

USC has been super impressive in their last few games just beating the brakes off of Kansas and Oregon, two really talented and well coached teams. However there are no words to express how good Gonzaga has been. Watching Jalen Suggs and Corey Kispert play the last few games has been a thing of beauty. From top to bottom this Gonzaga team has little to no flaws at all. I’ve been riding both of these teams since the first round and now I’m extremely torn on who to bet on in this one. The Mobley brothers for USC can be huge matchup advantages for the Trojans against Gonzaga’s Drew Timme. I can see the Trojans keeping this game inside the number most of the game with their stellar defense but Gonzaga’s offense is just too good in my opinion so I have to take Gonzaga with the points and the Bulldogs advance to the Final Four in hopes of finally taking home a National Championship.

Both of these teams are coming off great showings on Sunday. Florida State played a laughably terrible game but nonetheless Michigan still played a great game. Same for UCLA, Alabama had a historically bad performance at the free throw line but the Bruins still pulled out the win vs a much more talented team. I think 7.5 is way too many points in this one so I’m definitely going to take the Bruins with the points but I can’t see the Wolverines outright losing this one. Juwan Howard has been too good of a coach along with the talented roster from Dickinson to Smith. They finished the season on a few bad losses but have proved to everyone why they’re a top team in the country. Michigan will be headed to their Second Final Four in their last 3 tournament appearances.