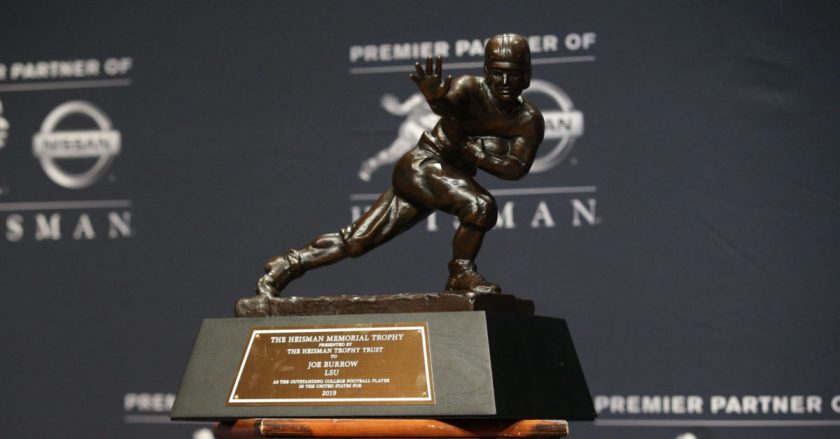 The Heisman Trophy is one of the most prestigious awards in all of sports. The winner of the award is cemented into the history of the college football landscape regardless of what they go on to do in the NFL. Coming into this season there are still many questions that everyone wants the answer to but as of now the season looks like it will be played and everything will go on as much as it is allowed. There are a few players that the common fan may pick to be their Heisman winner and they may be correct but there are also many great players that are looking to shock the world and breakout this season. Many great players that could have Heisman caliber seasons have unfortunately opted out of this season and I expect a few more players to do the same but the season will hopefully go on as planned and we’ll get to see someone hoist that trophy in New York City. With all that being said let’s get into a breakdown of the nations top players and just how much of a chance they have at the Heisman this year.

Here is the player everyone is going to be talking about this year and rightfully so. Lawrence is an incoming junior who has already been to two National Championships, winning one as a freshman and losing one to the best college football team ever in LSU. So the hype around Lawrence is deserved, however I don’t think Lawrence will put up the numbers a player needs to win the Heisman. He will have a great season but I think Clemson blows out the majority of their opponents which would lead to Lawrence leaving games early when Clemson is already up 49-0 at halftime. Lawrence will have a great season leading himself to the #1 pick in the draft and possibly even a finalist for the trophy but I don’t see him hoisting it at the end of the year. 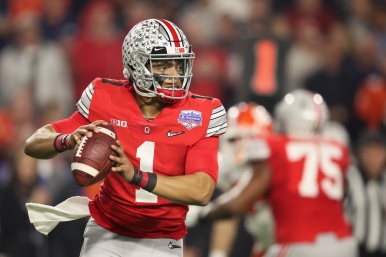 Much like Lawrence, Fields is another player a lot of people are talking about. He is probably the second best QB in this class behind the man at Clemson so his hype is deserved as well. Fields is coming off his first year as a starter and lead his team to the playoffs but couldn’t get it done when the pressure was on. Luckily for him the Heisman is voted on before he can choke again in the playoffs. Fields came in 3rd place for the 2019-20 Heisman trophy so I expect a similar season out of him this year but winning the trophy may be a challenge for him.

After Fields and Lawrence not many are familiar with the other top players in the nation. The last time we saw D’Eriq King was at Houston where he had a little bit of Heisman clout but didn’t quite live up to the hype. He now transferred to Miami, a school famous for living up to the hype, so I don’t think he has any type of special season this year and really has no chance at the Heisman.

Here we have the next great Oklahoma QB. Rattler waited on the side lines last year learning from an overrated but college football legend in Jalen Hurts. Rattler was the nations top dual threat QB in his recruiting class so his talent is definitely there and if Oklahoma is known for one thing, it’s their QB play. Lincoln Riley’s offensive scheme is any QB’s dream, producing Heisman winners and finalists in Baker Mayfield, Kyler Murray and Jalen Hurts. Rattler is just the next name on the list of great Oklahoma Quarterbacks so expect great things from this kid this season.

Howell had a great season last year as a true freshman putting together a great year for the Tar Heels. With a little bit more experience under his belt I have a lot of faith in him this year. Howell is definitely a Heisman caliber player who I can definitely see getting an invite to Times Square come December.

Trask came on the scene last year due to an injury to Felipe Franks and shocked a lot of Gator fans. I think Trask now comes into this year and shocks the rest of the world, he isn’t talked about like the other great QB’s across the nation when he has very similar talent to them. I believe Trask will have an amazing season for Florida leading them to an SEC Championship but won’t get it done for the Heisman.

Here we have our first non-QB on the list in star RB Travis Etienne from Clemson. Etienne was expected to head to the NFL after last season but surprised everyone and made the decision to return back to school. After a great season last year I don’t see why he doesn’t do the same this year and put up big numbers for his team. However a non-QB hasn’t won this award since Derrick Henry in 2015 and with all the QB talent across the nation I don’t see Etienne beating them out for this award. 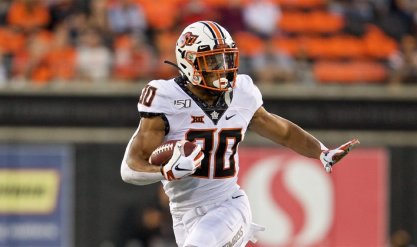 Much like Etienne, Hubbard is coming off an amazing season last year finishing as the nations rushing leader. Hubbard has proven himself as one of the top running backs in the country and looks to prove himself even more this year. Hubbard won’t get the clout he deserves since he doesn’t play for a top tier team like Clemson or Alabama but his talent is there. Just like Etienne, Chubba will put up huge numbers for Oklahoma State this year but will not take this trophy home.

My picks for this years Heisman Finalists and winner are