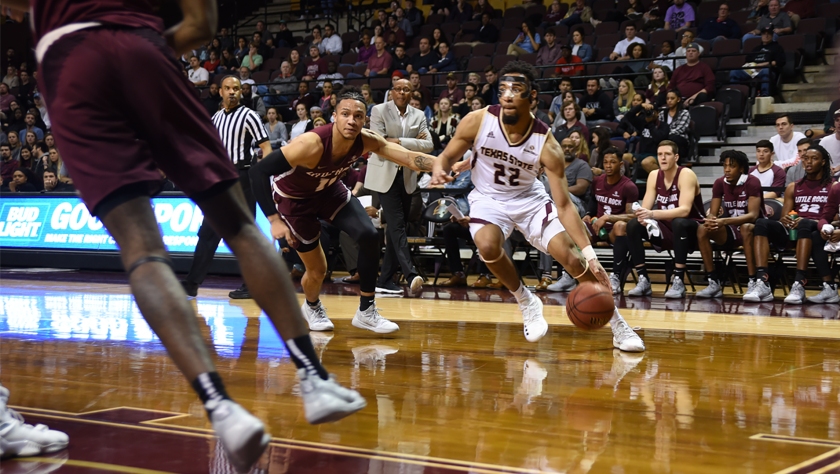 This is the beginning of a daily or as daily as possible picks blog. Unfortunately there aren’t many great college basketball games and only 2 NBA games but we’ll work with what we have. With that being said let’s get into tonight’s picks.

The first pick to be featured on this new series looks like it’s going to be a sure winner. All the numbers line up on this game. The first stat that jumps out at me is Texas State is 4-7 against  the spread as a home favorite while Little Rock is 6-3 as away underdogs. That may seem like a very specific stat but there are other numbers to back it up. Texas State is 6-11 ATS as a favorite and 4-7 ATS at home. Little Rock is 7-2 ATS as dogs and 8-4 ATS away. All these numbers add up perfectly to equal Little Rock covering +2.5.

Our second pick of the night is an interesting one because i’m not necessarily betting on FD but much more of betting against Wagner. Wagner has been a bottom 5 team ATS this year with a record of 5-16, which is quite bad. Dickinson’s stats against the spread this year aren’t very eye popping but Wagner’s are so let’s take a look at that. So like I said before Wagner is one of the worst teams against the spread in total but when you get into the specifics it’s even more interesting. Wagner is 2-10 ATS as an away team, 5-13 as underdogs and 2-9 as away underdogs. All these numbers make sense to take Fairleigh Dickinson -6 and hope things fall our way.

Hopefully we can start this series off with a 2-0 night but anything is possible and we’ll revisit these picks tomorrow to try and hopefully improve to 4-0. May luck be on our side tonight.

Alright let’s go now. I need a 2-0 night in the absolute worst way. The absolute WORST way. This week has been tough but me and Kalb are giving you our picks, everyday, for the rest of the days.

Listen, Iowa is the underdog in this game. They’re getting 2.5 points against Indiana. Do I love this Iowa team? Not really. But I sure as hell like them a lot more than Indiana. Last time I bet on Indiana was when Bob Knight returned back home and they got STEAMROLLED by Purdue. No more. I’m taking the Hawkeyes and a good resume building win for them.

(Yes, Iowa also got steamrolled by Purdue. I don’t care)

Hey, why not throw in a little hockey here? I’m not saying I’m this hockey guru or even that big of a fan, but I saw the Maple Leafs and I fell in love with them tonight. I’m taking TORONTO over the Stars, in what hopefully is a blowout win for the Leafs.