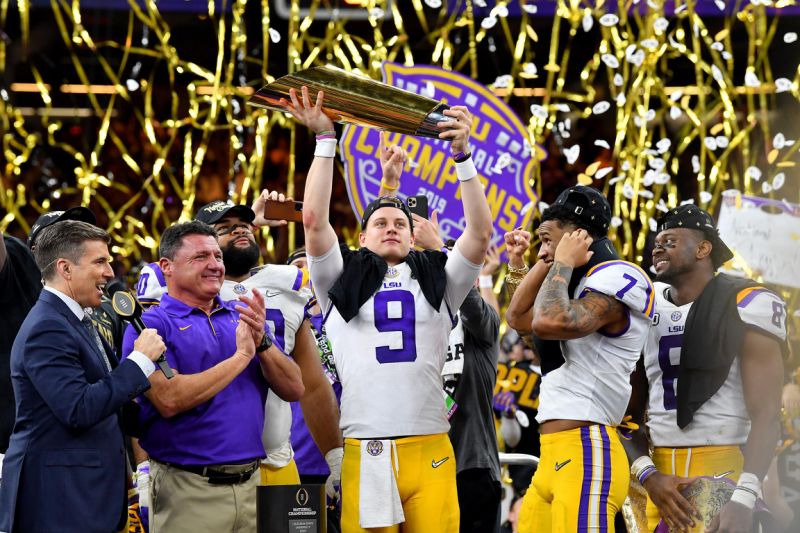 15-0, SEC Champions, Heisman Winner, seven top 10 wins and finally National Champions, and did it all with ease. The LSU Tigers have been crowned National Champions over the great Trevor Lawrence and the Clemson Tigers by the score of 42-25 and snapping their 29 game win streak. There are so many things to say about this game but the one thing that stood out to me is after LSU went down a few possessions in this game they never once looked scared or nervous, after almost 3 months of never facing a deficit like that they looked as calm as always. Led by who I think will go down as the best college football quarterback of all time, Joe Burrow, he led his team into this game with all the confidence in the world and spoke this game into existence. He was constantly doubted throughout his career and finally made the decision to transfer to LSU and got himself here. 60 touchdowns, 5,671 passing yards a Heisman winner and National Champion is something I’m not sure anyone will even come close to for many many years. Although a lot of the credit goes to Burrow, not all of it does. Very similar to his quarterback, Coach Ed Oregeron was constantly doubted and laughed at throughout his career and he finally proved everyone wrong. Everything this team has done from week 1 to the National Championship is something we may never see again cementing this LSU team top to bottom as one of the best of all time.
By Andrew Kalb