Finally the college football season comes down to this weekend where we will get to see 2 playoff matchups. One game looks to be what could possibly the best semi-final matchup we’ve ever seen and the other is just another 1 vs 4 matchup that looks to almost certainly be a blowout. With that being said, let’s get into how I think each game is going to turn out. 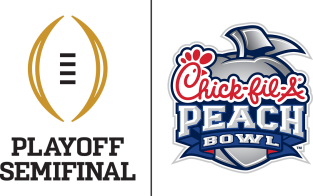 The Oklahoma Sooners should just be happy to be here at this point because the only real reason they got their way into the playoffs is because they just sucked the least a few weeks ago. LSU is looking to dominate this game just like they did in the SEC Championship to a much better team than Oklahoma so this game should realistically be over by halftime. Oklahoma’s offense may break a few big plays for a score or 2 but if Jalen Hurts turns the ball over at the rate he usually does it isn’t going to be a fun day for the Sooners, but hey, at least they made it to the playoffs for the second straight year! LSU wins this game 48-17.

This will hopefully be the best game of the whole year. These 2 teams are good enough to win the National Championship but going to New Orleans to play probably LSU will not be an easy task for any team. But these teams are about as equal as you can get, granted Ohio State has a lot more big wins than Clemson but Clemson did as much as they could with the schedule they had to prove they’re still a top 3 team in the nation and look to prove they’re still the #1 team in the nation for another year. This game without a doubt will be a nailbiter and a sure classic, the last time teams with this much similarity met was the classic 2005 Rose Bowl between Texas and USC so I expect this game to be like that and then some. Unfortunately one team is going to have to lose this game and that team is going to be The Ohio State Buckeyes, I think the Buckeyes will be caught very off guard as to how powerful this Clemson team really is and with Justin Fields coming into this game not 100% I don’t think Ohio State is going to have enough to overcome this Clemson team. Clemson heads to the National Championship for a second straight year by beating Ohio State 38-35.