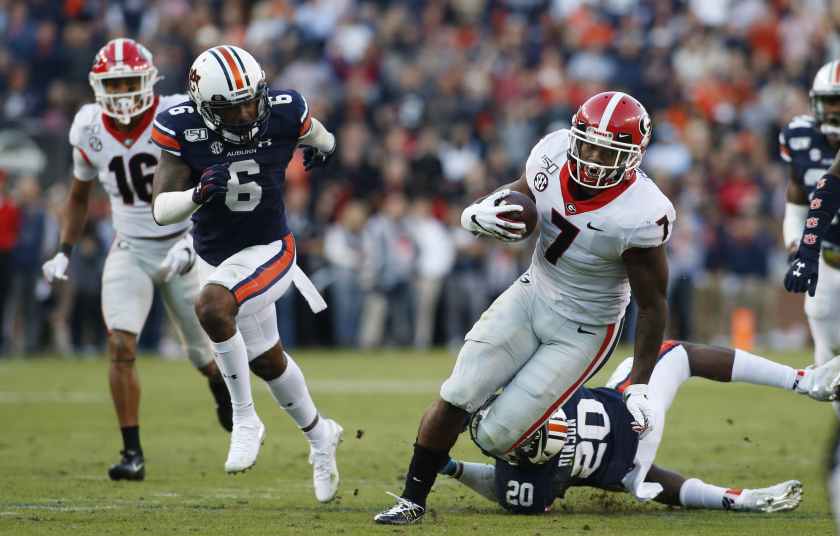 Make sure to read My Updated CFB Top 10 Week 11 before reading this. This week wasn’t looked at as one that was going to be very special but it did give us some crazy endings and upsets. A few teams inside the top 10 were upset this weekend which is going to lead to some shake up in this weeks top 10. With that being said, let’s get into how this weeks top 10 looks.

Next week: vs Arkansas

Another win for the Tigers as they keep rolling and stay a top at the #1 spot.

Next week: vs #9 Penn State

The Buckeyes take care of business vs Rutgers this weekend but next week they will take on someone whos finally going to give them a game. Next week’s game vs Penn State will be for the winner of the B1G TEN East who would then head to Indy to play for the B1G TEN Championship.

Next week: vs Texas A&M

The Bulldogs get a nice quality win this weekend at Auburn but there is still a tough path to making the playoffs but it is not entirely impossible yet.

The Clemson Tigers beat yet another bad team by a lot of points and don’t look like they’ll be challenged by anyone anytime soon.

Next week: at Arizona State

With this win over Arizona the Ducks extend their winning streak to 9 wins and clinch the Pac-12 North. If the Ducks keep this winning up they’re going to find themselves in the playoffs.

Next week: vs WCU

With the terrible loss of Tua I don’t see the Tide making the playoffs in any way at this point. With so many other teams that rightfully deserve the spot I can’t see Alabama getting in anymore.

Next week: at Arizona

The Utes have finally made their way back on this list as I am finally convinced that they are a pretty solid team. If Utah can keep winning they would eventually meet Oregon in the PAC-12 Championship which would most likely also be for a playoff spot.

Next week: at #2 Ohio State

After suffering that tough loss to Minnesota many thought Penn State’s playoff hopes were over but that is far from the truth. If they can beat the Buckeyes next week they would head to Indy for a chance at Minnesota again and be a 1 loss B1G TEN Champion who also redeemed their only loss.

Next week: vs TCU

What a comeback win for the Sooners on Saturday night. After being down 28-3 at Baylor they someone found a way to comeback and get a win. With this win it also confirms that the BIG 12 will have a 1 loss champion which may kick that whole conference out of the playoffs this year.

The Gators sneak their way back onto this list with losses from Minnesota and Baylor. The Gators may make a NY6 Bowl but definitely no playoff hope for them at this point in the year.