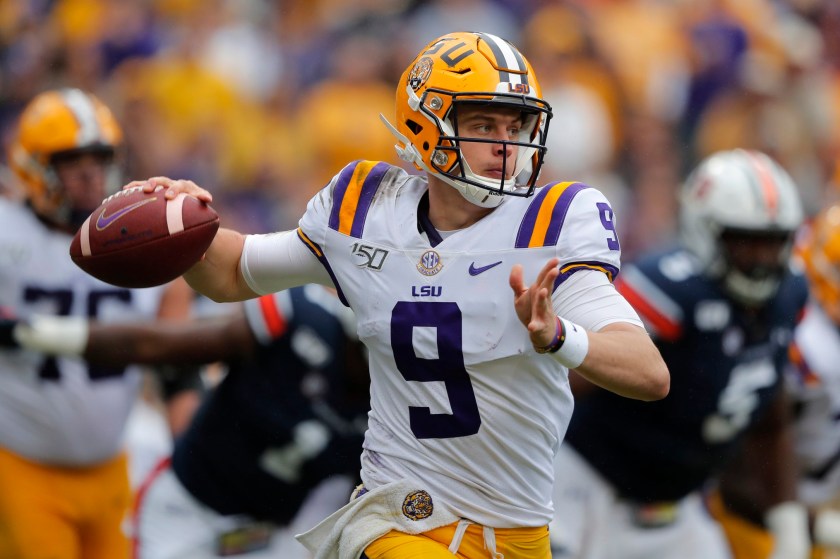 Make sure to read Heisman Watch: Week 8 before reading this. This was yet another huge week for the Heisman race that showed us some top players teams lose and others prevail over tough competition. Losses by Wisconsin and Oklahoma will severely hurt Johnathan Taylor and Jalen Hurts in the Heisman race going up against players on undefeated teams like LSU and Ohio State. With that being said, let’s get into how the top players performed this weekend.

Another week for Joey and the Tigers and yet another huge win. In the 23-20 win over #9 Auburn Burrow recorded 321 passing yards 2 total touchdowns and 1 interception. A huge stat line again for Burrow which in my opinion leaves him as the top dog in this race.

Tua did not play this weekend due to an ankle injury but looks to be back to take on #2 LSU in 2 weeks. 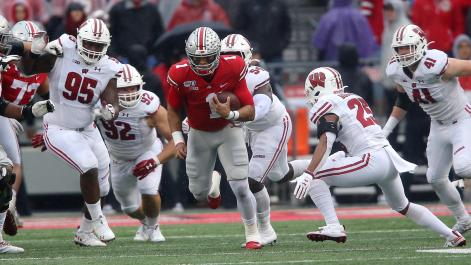 Fields led the Buckeyes to another big win this year bringing them to 8-0. In the 38-7 win over #13 Wisconsin Fields recorded only 167 passing yards but did also have 3 total touchdowns. Fields will need to put up bigger numbers than this if he wants to out play players like Joe Burrow and Jalen Hurts.

With another loss and a performance like this may just put Taylor out of this year’s Heisman race. The RB position is harder to control the game like a QB can but Taylor should have at least had a 100+ yards in such a big game like this. In the 38-7 loss to #3 Ohio State Taylor had 52 rushing yards on 20 attempts. That is not a stat line that is going to win you any type of awards. 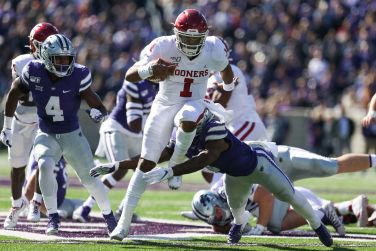 Hurts and the Sooners suffered a huge loss on Saturday pretty much taking them out of playoff contention and maybe even taking Hurts out of Heisman contention going up against guys with no losses under their belts this year. In the 48-41 loss to Kansas State Hurts put up 365 passing yards and 4 total touchdowns so you can’t really put that loss on Hurts but a loss is a loss for everyone on that team.