Make sure to read Heisman Watch: Week 3 before reading this. There were some pretty good games this weekend but not many huge performances from the Heisman hopefuls so with that being said let’s see how they all performed this week.

You would think Fields would have a bit more than 223 passing yards vs a team like Miami (OH) but he did make up for his lack of passing yards by tossing 4 touchdowns and running for 2. 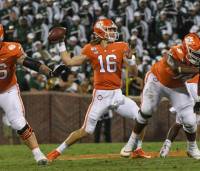 Lawrence had a good day but also a very short one. Lawrence only played the first quarter throwing for 94 yards and 2 touchdowns on 7/9 passing attempts.

Tua had yet another big week this week throwing for 293 yards and 5 touchdowns in the 49-7 win over Southern Mississippi.

Burrow has been silently creeping up in this Heisman race as he had another big game this weekend tossing for 398 yards and 6 touchdowns in the 66-38 win over Vanderbilt.

Taylor has already been looked at as the best back in the nation but his performance this week really proved that. He rushed for 203 yards and 2 touchdowns in the 35-14 win over a good team in Michigan. 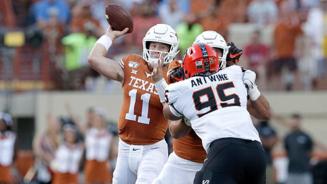 Ehlinger lead the Longhorns to a 36-30 win over Oklahoma State by throwing for 281 yards and 4 touchdowns on 20/28 passing attempts.

Herbert put up some great stats vs a really weak Stanford team leading them to a 21-6 win. Herbert threw for 259 yards and3 touchdowns on 19/24 passing attempts.