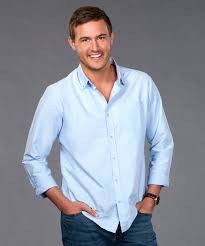 Are you fucking kidding me Chris Harrison?! Since when do we do safe and conservative on this show. Fuck this, I’m so mad. Anyone but Pete, we had Colton now give us the next Chris Soules or Jaun Pablo. This brought me out of retirement, I could be all the way back. This sucks, I couldn’t even blog Hannah’s season because I just couldn’t stand her or most of the guys. This basically came down to Peter, Big Mike, and Derek. We all know it should’ve been Tyler because it would’ve been the greatest line up of girls we ever had, and he’s just the biggest fucking hoss to grace this planet.

Unless you live under a rock you also know he’s dating one of the most attractive females in the world, Gigi Hadid so no reason to go on the bachelor he literally could pick any girl in the world he wanted.

I’m not too upset about Peter I just don’t like that he’ll be rational, and be nice to everyone #NotMyBachelor. We need drama, if Chris Harrison still had his fastball he would’ve given Luke P a second chance at love or had Jed just to fuel the hate. I’ll blog Peters season because I’m a man of the people, but I won’t be happy about it. Prediction time.

1.) Peter will tell a girl he loves her after like three days, and will tell at least five girls he’s loved them.

2.) If Vegas puts the O/U at anything under 3.5 plane ride dates I’m returning to gambling and fucking hammering the over.

3.) His “fiancé” and him won’t get married, he’s going to get suckered in by a smoke show who isn’t in to him and get his heart broke. I’m here for it.

4.) I will get a DM from some angry girl on the show again for shitting on their outfit. Don’t dress like an idiot and I’ll leave you alone that’s my rule.