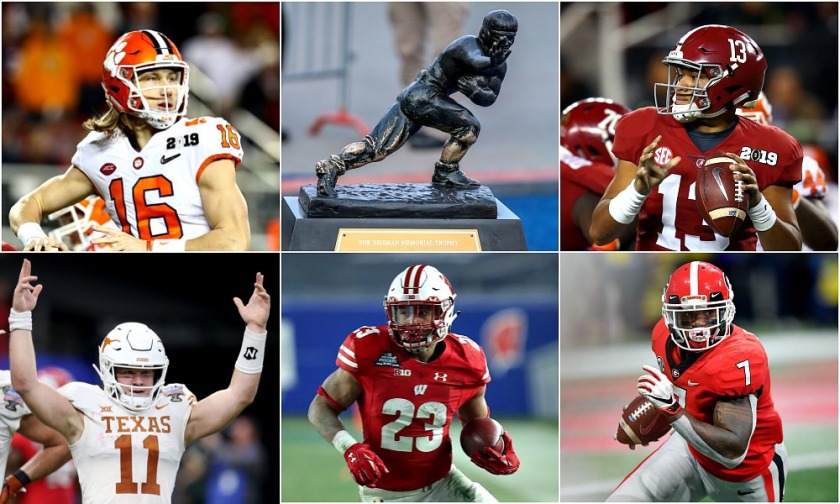 One of the most prestigious awards in sports and definitely the greatest player trophy in college football, The Heisman. Given to the one player who shows great skill at his position along with other leadership and hard working qualities. Last year we saw one of the college football greats, Kyler Murray, win the Heisman on what looked to be Tua Tagovailoa’s award all season Tua looks to bounce back and get another shot at the trophy this year. At the end of last year it looked like there were going to be a few new competitors in this year’s Heisman race with names like Trevor Lawerence, Sam Ehlinger, and Justin Herbert. One thing these 3 guys have in common is they’re all quarterbacks. The Heisman is usually won by an offensive player and mostly a QB especially with all the talented QB’s in todays game. Now let’s get into some players who I think have the potential to win the Heisman this year and then who I think will win the trophy when it is all said and done. 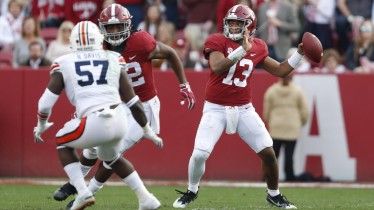 Tua is this years Heisman favorite and just like last years favorite I don’t think he will win the award. Tua is a great player and quarterback but I just don’t think he’s as good
as everyone makes it seem he is unproven against top defenses but we’ll see if he can prove me wrong. 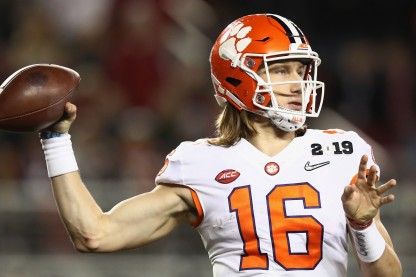 Lawrence looked very very good last year but did not play all year so was never really in
the Heisman conversation but definitely had the talent to be. This year I expect great things from Lawrence and a Heisman in his future whether it be this year or next.

I can’t believe Hurts has the 3rd best odds at the Heisman because he is the most overrated player I have ever seen. Hurts was carried by the team around him at Alabama and has no real talent, He is just a solid quarterback and nothing more or nothing less and quite honestly I think true freshman Spencer Rattler is more talented than Hurts and will eventually start a game this year.

I actually think Fields will have a pretty solid season this year but im not sure the team around him will come through. I predict Ohio State to have a down year with a new coach and a new QB so we’ll see what Fields can do but i’m not sure he’s Heisman ready just yet.

I mean nothing against Martinez but I really don’t understand how he is so high in Heisman odds. I think Martinez is a solid QB but definitely not Heisman level as of now

Fromm was my pick to win the Heisman last year and that didn’t turn out so well but I think this year will be a bounce back year for Fromm. Although I don’t really think he’ll ever be at Heisman level I think he’ll be a solid QB for the Dawgs.

I think Uncle Sam will shock everyone this season and have a breakout year. He will bring Texas all the way back this year and put himself in the Heisman conversation.

Swift is the first RB we’ve seen on this list so far and he is deserving of it as he is one of the best RB’s in the nation but with so many talented QBs this year and all the star talent on Georgia I just don’t think Swift has a real shot at the Heisman.

Etienne really shined towards the end of last year and will look to carry that into this season so if he keeps playing at his full potential I think he could have a great season.

Taylor was a top favorite for the Heisman last year but his odds have fell a lot this year due to an unexpected season last year. Taylor didn’t really do as bad as it sounds but Wisconsin as a whole had a very bad year so hopefully everyone around Taylor can bounce back and give him the best shot to win the Heisman.

I won’t go too much in depth on these players but these are just a few players with some crazy odds who actually could have a real shot at winning the Heisman.

I have high hopes for Herbert and Oregon as a whole, even if he doesn’t win the
Heisman I think he will have the best season of his career and bring Oregon to a Pac-12 Championship.

The first WR on this list is Jeudy and rightfully so. Jeudy is a great receiver with a lot of potential he is definitely one of the best receivers in the nation so look out for him this year.

To be honest these odds on Moore are absurd. He is one of if not the most talented player in college football a few breakout games for him and bad games for others he could easily take this trophy home.

So now after all this Heisman talk here is my prediction as to who will be this years finalists and who will win the award.