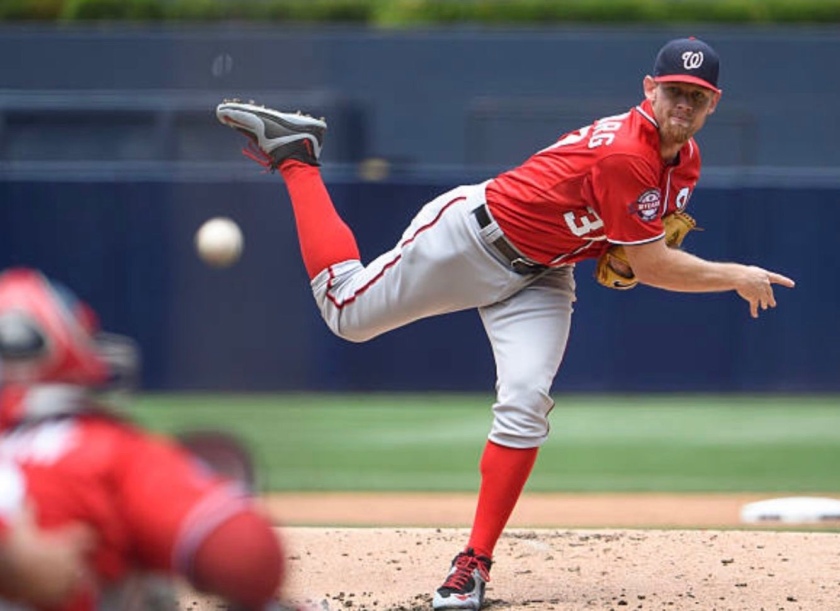 Much has been made about the Washington Nationals struggles in 2019, and a lot of it doesn’t have to do with the manager, Davey Martinez. The way the roster has been structured simply is not built to contend in 2019. And it may not get any better next year, unless the front office re-imagines their long term plan.

Major League Baseball is an industry that has a lot of turnover year to year, and some owners are willing to pull the string quickly if things aren’t going well on the field. The Nats are in a different stage, as their owner Ted Lerner is getting up in age, and it’s understood that he wants to do whatever it takes to bring a World Series championship to Washington as soon as possible.

The Nats have not made things easier for Mike Rizzo in the front office and for owner Ted Lerner, as they have not gotten things going in a year where they lost Bryce Harper to the Phillies, but still expected to compete as they made numerous additions in the offseason. The rotation, on paper, looks like the best in baseball, but that just hasn’t been the case.

With the Phillies and Braves making a push back to the top of the NL East, the Nats must ask themselves a serious question. Re-tool or fill in the blanks? You don’t want to have a roster compromised of veterans who are past their prime. With a high payroll, the Nats would be handicapped when it would come to adding talent over the next couple of years if they decided to continue going all-in. While the Nats look like a contender on paper, it’s time for the Nats to accept something they may be reluctant to do. No, the Nats will not strip down the entire roster, but there will be big changes coming. And not with Davey Martinez. But with the roster. The Nats must give Martinez as long as a leash as possible to have some sort of stability during these re-group seasons, as the clubhouse is sure to see a variety of new faces these next few years.

The thing this ballclub has going for them is there are assets currently on hand. It won’t be easy, but the Nats must consider a move that can help re-stock a waning farm system. The Trade Deadline figures to have a variety of rentals on hand in Madison Bumgarner, Mike Minor, and the Nats’ own Anthony Rendon, but there isn’t quite a guy out there with several years of control. Enter in Stephen Strasburg. Yes, the homegrown co-ace the Nats developed and groomed to be the next great thing. Strasburg, has performed well the past couple of years, and is off to a strong start in 2019. Strasburg is controllable through 2023, with a modest annual salary, but deferrals that will make things tricky. A club that matches up well with the Nats is the up-and-coming San Diego Padres, who just happen to be Strasburg’s hometown team. With the Padres looking for an ace, with willingness to add to their payroll, the Nats can benefit greatly if they could contribute some cash in the deal to sweeten the deal for Padres in an effort to add better quality prospects that can help jump start this Nationals mini re-build. Here is a couple of deals that I feel may work well for both sides, all dependent upon San Diego receiving a fair amount of cash from the Nats, and on the medical assessment of one young third baseman.

Not only does this deal free up the Nats of some payroll, but you have legit prospects who may play a significant role on the next Washington Nationals playoff-club. Andujar, was a star for the Yanks last year, but underwent shoulder surgery in April. It’s concerning from a health standpoint, but Andujar is still young and if he can get back to full health, he could be a legit MVP candidate. And on top of this all, it saves the Nats from getting into another’s long-term contract. The Strasburg trade will also provide the Nats with pitching depth and some quality position players. Naylor, for instance, can slide in to first base and save the Nats money from investing in a left-handed first base complement every year. Naylor has some versatility and can play left field, but he slots in best as a first baseman. If Ryan Zimmerman returns next year, which I will cover in my next article, Naylor would complement Zimmerman well as he’s an above average hitter who can hit for power. Naylor will remind many Nats fans of Dmitri Young, who was another big-bodied first baseman, but Naylor is more athletic and has a higher ceiling.

Next week, I’ll cover the next step for fixing the Washington Nationals, and we will get into the right side of the infield.