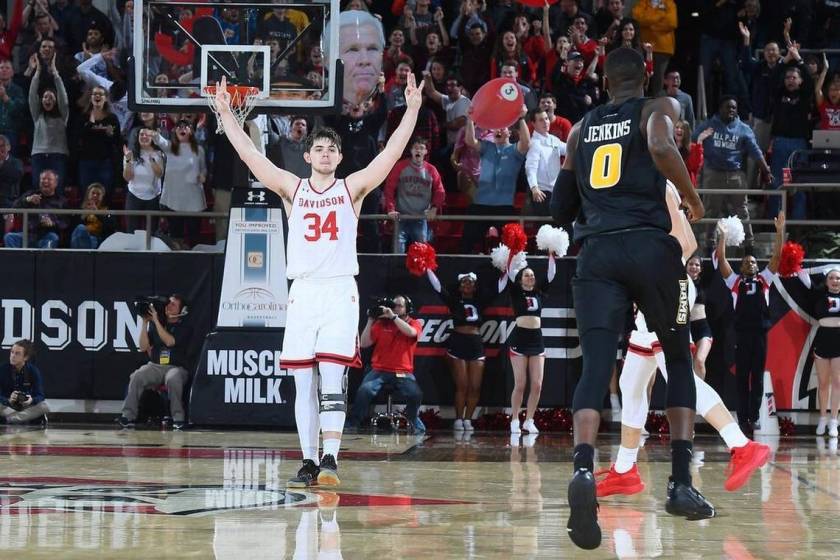 What a wild Saturday it was in the Atlantic 10.  It all started with the 2PM game with Davidson vs. VCU.  This game started very slowly.  Defense was the story early.  The score with 11 minutes to go in the first half was 4-4.  VCU’s havoc defense made every catch for Davidson tough because of their length and quickness.  The Rams just couldn’t make contested shots.  One of the CBS announcers, Tim Doyle, said that VCU was making Davidson go east/west instead of north/south, and he was absolutely correct.  Davidson adjusted on offense late in the first half and led by 5 at the half.  The Wildcats’ defense has been outstanding, not only in this game but throughout the year.  When you think of Davidson, you think of offense but their defense is severely overlooked.  The length of Kellan Grady and Jon Axel Gudmundsson creates problems for smaller guards. KiShawn Pritchett has been great for them.  They play a 4-guard lineup so he is forced to guard bigger guys and rebound far more.  He has doubled his rebounding output from last year.  VCU had a great start to the second half.  They were up 47-35 with 9 minutes to go in the game.  Davidson went on a run, a 29-10 run in the final 9 minutes.  With 2:29 to go in the game, Pritchett made a 3 to tie the game at 55.  Luka Brajkovic, who twisted his ankle twice in this game, had a tip in to go up by 2 the next possession.  Then, the dagger 3 by Luke Frampton made the score 60-55 with just over a minute to play.  This was a huge win for Davidson in a sold out Belk Arena.  Grady led the cats with 21 points on 70% shooting.  Freshman Luka Brajkovic added 14 points and 7 rebounds.  Marcus Evans led VCU with 16 points.

The other game to watch in the A-10 was St. Joseph’s at Duquesne.  The Dukes squeezed out a 1 point win over the Hawks.  With 1 minute left in the game, Frankie Hughes made a dagger 3 to give Duquesne a 5 point lead giving them the victory at home.  Duquesne had 6 players in double figures leading to their win.  The Hawks were lead by Charlie Brown with 28 points.  Davidson will travel to St. Joe’s Tuesday night.  St. Joe’s Pierfrancesco Oliva had a grueling leg injury forcing him to be carted off the court.  Our prayers are with him and his family at this time.

Other scores from Saturday:

Games to watch this week: