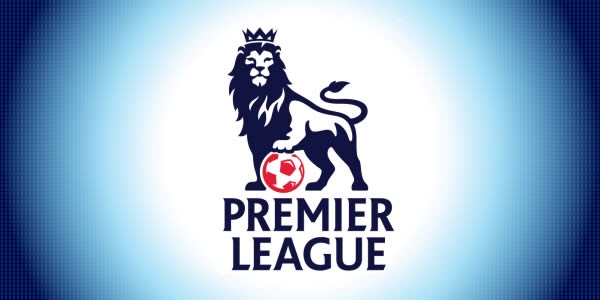 Premier League is back this weekend after what seems like a break, but we’ve just been spoiled with mid week games. The holiday schedule is always hectic so let’s catch up on what the table looks like heading to Sunday (Huddersfield was cut off they’re in 20th with 10 points R.I.P)

Obviously after the Man City- Liverpool game the title race is back on for now, maybe the best soccer game of the year so far. The 4th and final champions league spot looks like it’ll come down to a surging United, a faltering Chelsea, and Arsenal it could be the best race we have in a couple weeks. Well preview each of who the top 6 play starting with the game of the week.

Man U @ Spurs — Oles men are on fire winners of 5 straight matches, although they haven’t played anyone too tough their form has been good Lukaku is scoring, Rashford is scoring, and most importantly Pogba is looking like the $100 million man. Spurs played Wednesday in a hard fought game with Chelsea in the first leg of the league cup semi finals. Spurs have been up and down the last few weeks and sit between the title race and the race for forth. If you’re not having nightmares as a United fan of Erikson and Kane running at the back line you’re lying, with that said I think United is better rested and in form and will win 2-1.

Arsenal @ West ham– This could be a tricky game for Arsenal in the early slotted game of the day. West ham are tough to play at home even though their form has fallen off from a month ago, I think both teams get a couple goals and they tie 2-2.

City vs Wolves- City has that look they’re about to go in buzz saw mode and make a run at Liverpool. I don’t see Wolves putting up much of a fight in Manchester. 4-0 to city to keep the pressure on Liverpool.

Liverpool @ BHA – Liverpool cannot afford a hangover from the city game and drop any points at Brighton. Brighton sits right above the bottom of mid table and have played Arsenal and Chelsea tough in recent weeks. They don’t concede a lot of goals but I think Liverpool is too much in the end and leave with a 1-0 win.

Chelsea vs Newcastle – Chelsea has been in free fall for a little stretch here and can’t seem to find the back of the net. Newcastle however is hot garbage once again in NE England, Chelsea gets back on track with a 3-1 win at the Bridge.

Were about mid season so we know who’s going to be in the fight to get relegated, it looks like Huddersfield are almost certainly down. This is a massive week for the bottom of the table as 15-19 are separated by just 4 points. We already talked about Newcastle, but a couple of these teams play each other.

Southampton (18th on 16 points) @ Leicester City- My saints are in trouble again, they pulled themselves up with wins against Arsenal and Huddersfield but have only picked up 1 point in the last 3. Honestly I don’t know how many more seasons we can go doing this, the club is somewhat of a mess and I don’t think Saturday helps. City 3 -Saints 1

Cardiff City (17th) V Huddersfield (20th) — Huddersfield is awful, if they don’t win here they’re almost certainly down. Cardiff need the points because they’ll almost certainly be in the relegation race the entire season with how many goals they concede. Think this could be one of the more exciting games of the weekend in terms of goals both teams will go for it. Cardiff win 3-2.

Burnley host Fulham- Last years darlings have found themselves in some unexpected trouble, they’ve conceded the second most goals in the premier league which is not good for those wondering. Fulham have pulled themselves off the bottom with the help of the magic man Claudio, one of my favorite managers in the league. This is my upset of the week, I think Fulham will send Burnley into full panic mode with a convincing 2-0 win on the road.

If by some miracle or grace of god you’ve made it this far, I thank you for reading all 900 words about the EPL this week. Soccer is my passion and they be my least viewed most hated blogs but I make the fucking rules.