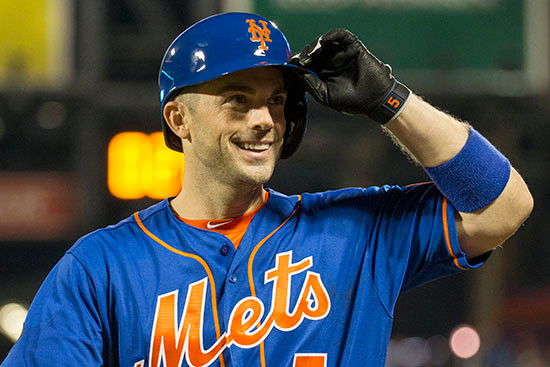 David Wright has 14 years of MLB experience and 1,558 games on his resume and he will join Brodie Van Wagenen’s rebuilt Mets front office to lend his wisdom and knowledge to the team.

The Mets are set to announce that Wright is ready to move into that new role, the Post confirmed Monday, and getting Wright’s expertise will go a long way in helping to shape the team’s future.

The third baseman accomplished much throughout his career that was ended with a multitude of back, shoulder and neck injuries but he complied 1,777 hits along the way.

“Everything is moving in that direction,’’ one source said.

And quickly. That is a good direction to move.

Wright has built a strong relationship with COO Jeff Wilpon through the years and don’t underestimate the value of that relationship. Wilpon has rarely put that kind of trust into any former Mets.

David Wright has hit 242 Homeruns in his Mets career and this might be the biggest one yet. Getting David Wright involved in the day-to-day operations with the Mets ownership and management is an absolute homerun for David and the Mets. Bringing in the most loyal player and one of the best players in Mets history, back to help with the team, is incredible.

Over the years, David Wright has been a great ambassador for the Mets. Great on the field players, even better off the field. Stayed loyal to the Orange and Blue during their horrid years and was an incredible captain and leader. Having him in the locker-room to continue to build the relationship with deGrom and Conforto, who should be the future captains of this team, is a major plus.

We all had a feeling that Wright would be involved with the Mets one way or another, and I know how we all expected this, but since it’s actually been announced, I’m happier than I thought. This is absolutely incredible for the Mets, David, the fan base and the players. We needed David back in one way or another.

And who knows, David has such a good relationship with Jeff Wilpon (have no idea how anyone can be friends with the Devil), that this can be a grooming process for Wright to be the next GM (sorry Brodie).

A+ all around. Love having David back.

Follow us @Wingspansports for all your Mets blogs, stories and live reactions throughout the year.