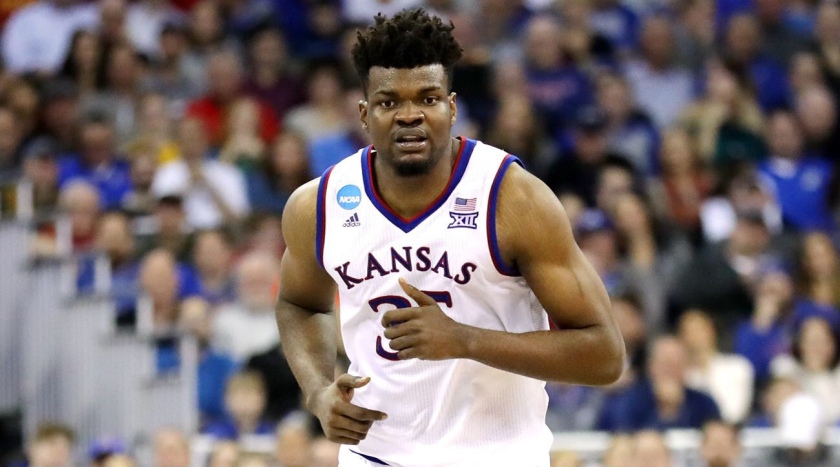 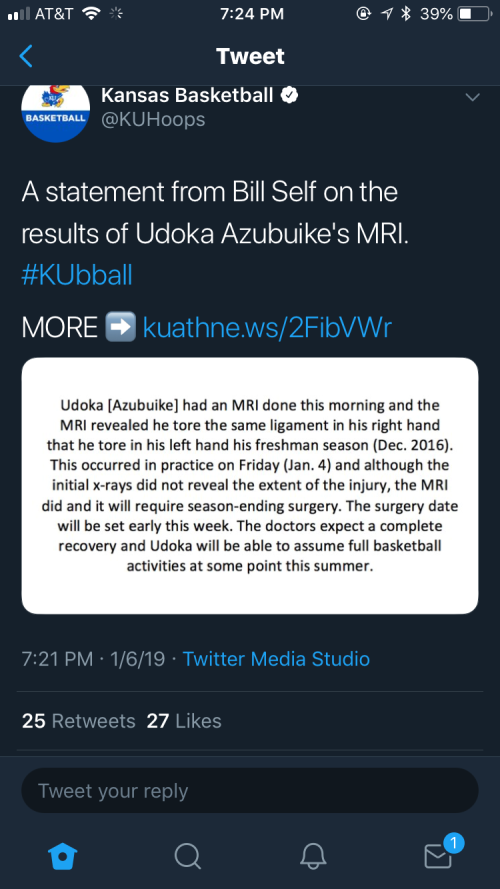 Udoka Azibuke, one of Kansas most important player and one of the most dominant big man in College Basketball, is out for the year. And Kansas is in deep trouble now.

First of all, I just feel horrible for Doke. This is the second time he’s had season ending wrist surgery. Once his freshman year and now his junior year. Even last year, Doke sprained his MCL which he had to miss the BIG 12 tournament. I hope Doke has a speedy recovery and a long and healthy basketball career, because he is an absolute beast.

Last year, when Udoka went out, it wasn’t as big as it was this year. And yes. I know Kansas had literally zero depth last year. But why is this one more important? Well, last year Kansas had a National Player of the Year candidate in Devonte, had Malik, Svi and Vick. They had veteran players who knew how to win. This year, it was Udoka who is the player who knows how to win. He was the veteran. He was the floor leader. He is the dominant factor. Without him, they have 1 guy (Vick) that was a starter on last years team. That’s not a recipe for success.

This hurts a lot. I’m not gonna sugarcoat it. This puts a huge damper into what was supposed to be such a special season? Is the season over? No. And here’s some reasons.

– Bill Self is a HOF coach and knows how to win us games, that’s obvious.

– Were going back to a 4 guard lineup. A lineup that has been SO successful for us the last 2 years.

– Opens the floor for Dedric Lawson to average 25 points and 15 rebounds a game (I’m serious, we might need him to do that)

– If and it’s a big IF, the NCAA finally clears Silvio de Sousa, he can save us like he did last year when Doke went out.

– Quentin Grimes is starting to step up and is talented enough to carry this team offensively.

I’m very upset about this. Doke is the man and he’s a beast. He’s gonna be very missed this year. But at least we know now instead of it lingering on the whole year and we can adjust. McCormack needs to step up, and we need to shoot better, and then we’ll have a shot. Hopefully.

Follow us @Wingspansports for all your Kansas Jayhawks blogs, stories and live reactions throughout the year.