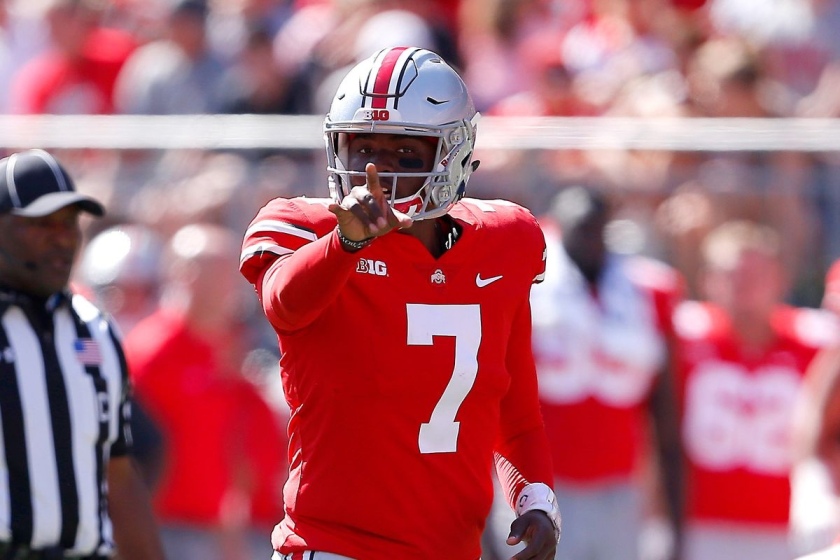 This has to be a given, right? I know that these guys in the sports world love to drop subtle hints at what they’re about to do. Whether they follow a bunch of player on the same team (Manny Machado and the Yankees 👀), liking certain tweets about what’s being written about, or if your Antonio Brown, you’re literally tweeting you want to be on the 49ers.

However, you would think that the hint Dwayne Haskins just dropped indicates that he’s forgoing his college eligibility and declaring for the NFL draft.

“Thank you for being here throughout my college journey”.

I mean, comeeee onnnnnn. Just say, thank you for being there for my college journey AND I can’t wait for you to be there for our next journey.

He wouldn’t of said what he says if his college journey wasn’t over, right? Like he would’ve said something different, right?

With Herbert making a foolish decision and staying in school, Haskins immediately became QB1 in this draft and would also almost be guaranteed a top 10 pick as the first QB taken.

The way Haskins has been playing, I’m not even sure Herbert would be the first QB taken. Haskins might’ve taken that over regardless.

I’m praying Haskins *officially* declares and is picked with the 6th pick in the NFL Draft to my New York Giants.

I can just picture the RPO’s between Haskins and Barkley, the deep balls to Odell, and the quick slants to Shepard, all while we have trick plays designed for Engram. Haskins is the PERFECT fit for the this Giants team and he has to be the immediate pick.