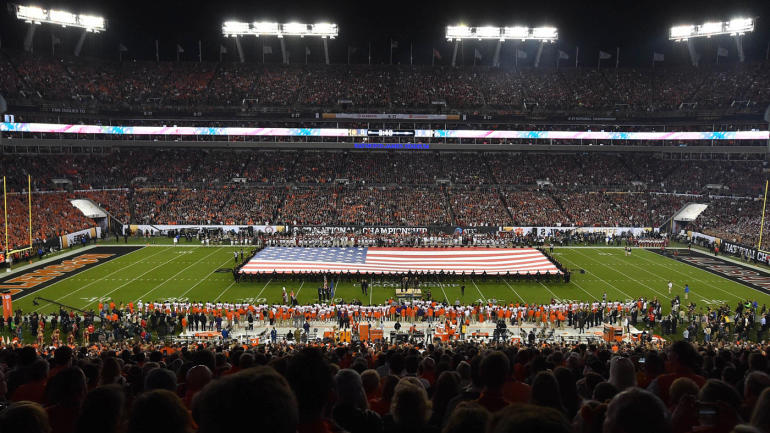 The college football season is slowly coming to an end and that only means one thing. It’s officially bowl season. The new year’s six bowls this year are The Rose Bowl, Peach Bowl, Sugar Bowl and Fiesta Bowl. Yes there are only 4 bowls here and that is because the other 2 are this years playoff games in the Orange Bowl and Cotton Bowl. Each year the bowls rotate from just a regular bowl game to one of the two playoff games. Some bowl games also have tie-ins with certain conferences if that particular bowl is not being used as a playoff semifinal game. The Rose Bowl tie ins are the Pac-12 vs B1G TEN, the Sugar Bowl is the Big 12 vs SEC, The Orange Bowl is ACC vs SEC, B1G TEN or Notre Dame, and the Cotton Bowl, Fiesta Bowl and Peach Bowl are all at large vs at large or group of 5 team. Let’s get into how I think this years New Year’s six bowls will pan out. 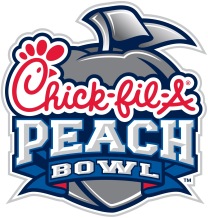 Both of these teams are perennial powerhouses in the sport of college football and actually all college sports. Last year both these teams had very disappointing seasons and this year they both had very strong bounce back years. Unlike Florida, Michigan had a very clear path to the playoffs this year after staring off the year with a loss to Notre Dame all they needed to do was win out the rest of the way and they were in the playoffs, but Michigan decided to choke against Ohio State like usual and no longer had a shot at the playoffs. Florida was not expected to be this good and after a loss to Kentucky early in the year it looked like things were not going as they wanted but after a win vs LSU the Gators ended up finishing the year ranked #10. I think Michigan will win this game on December 29th. Michigan 28, Florida 14

UCF has just finished another undefeated regular season and are currently on a 25 game winning streak coming into this game. If your not familiar with college football you would probably say “Why isn’t this team in the playoffs then?” well that’s because UCF plays in a group of 5 conference so they don’t play the schedule you need to make a case for the playoffs. LSU was ranked #25 coming into this year and I really thought this would be a good team coming into the year definitely better than #25 rather around #15 but i was not expecting this team to be ranked #3 at one point in the year. As good as UCF is for a group of 5 team unfortunately I think their streak will come to an end vs LSU. LSU 35, UCF 24 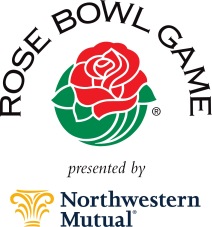 The Granddaddy of them all, The Rose Bowl. Personally this is my favorite bowl, the stadium, the B1G TEN tie in, the parade I mean how can you not love the Rose Bowl? The only bad thing i can say about this bowl is the PAC-12 tie in. I’m not a big fan of the PAC-12 especially in recent years. I mean don’t get me wrong who didn’t love Mariota and De’anthony Thomas at Oregon but I just feel like most teams in this conference are usually extremely overrated. Speaking of overrated here we have Washington. Coming into the year I knew this Washington was extremely overrated and somehow they snuck into the Rose Bowl. An upset in the Apple Cup on a snowy Friday night puts Washington in this game. Even though I hate Ohio State and Urban Meyer I think this will be a blowout in favor of the Buckeyes. I mean if you don’t think these Ohio State kids aren’t going to put it all out on the field for Urban’s last game you are just simply incorrect. Ohio State 38, Washington 10

Last but not least we have the Sugar bowl. Kinda sucks that this game has a Big 12 tie in because I really do not think Texas is going to put up any sort of fight against this Georgia team. Although the only other team I would want to see would be Penn State but with Penn State having a down year like this I don’t think they’d put up any more of a fight than Texas would. With Georgia coming off a heartbreaking loss to Alabama and Texas coming off a potential season spoiler loss for Oklahoma I think Georgia will win this game. Georgia is just far more superior to Texas as of right now. Georgia 27, Texas 17