I’ll start by saying this, I was at this game and I never had more fun watching a Kansas basketball game. I was screaming, I was jumping up and down, I was going nuts the entire game. And what a win it was.

I’ll give my rapid reactions. I’ll list them and let me know what y’all think about it. And you know where to go to discuss.

OR you could follow the other page I have

Follow us @Wingspansports for all your Kansas Jayhawks blogs, stories and live reactions throughout the year.

1. We needed every bit of Dedric Lawson and we got that

If Kansas wanted to win this game, they needed Dedric Lawson to play at that All-American level. And he delivered. 24 points, 13 rebounds, 5 assists and his best moments coming late in the game. Love to see it.

2. Dedric wasn’t the only Lawson that won us this game.

Going into this one, I thought that Dedric would win this game for us. I didn’t think KJ would be the reason we’d won also. KJ was awesome last night. Getting timely buckets but most importantly playing big minutes with Garrett out and Doke in foul trouble. KJ was a beast on the boards and soared over everyone to get big time rebounds. He has arrived for Kansas and he needs more minutes.

All I can say is thank God this guy is back on this team. I don’t know where we’d be without him.

4. Devon Dotson is plying beyond his years.

Dotson is going to be a Kansas great when it’s all said and done. Whether he’s here for 2 or 3 years, he’s already a beast. The way he controls the game, gets his teammates involved, using his lightning quick speed to get to the goal, this kid plays well beyond his years.

5. Quentin Grimes will be OKAY

I saw people worried about Grimes, and I understand, but I saw this tweet about Grimes and it’s a 1000% correct.

So that’s the rapid reaction. Here’s so videos and pics from the game. 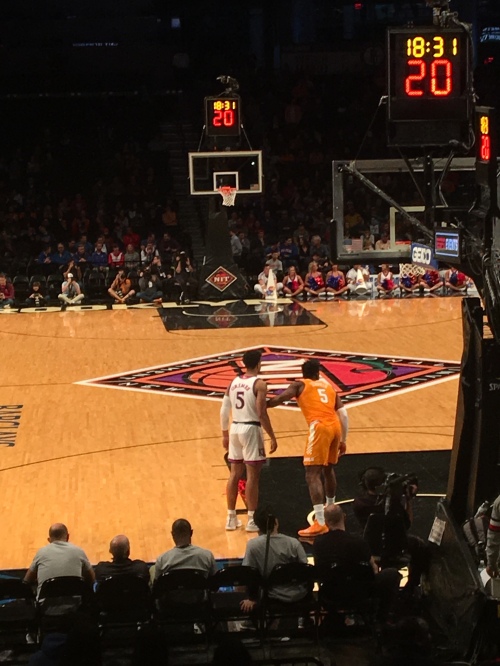