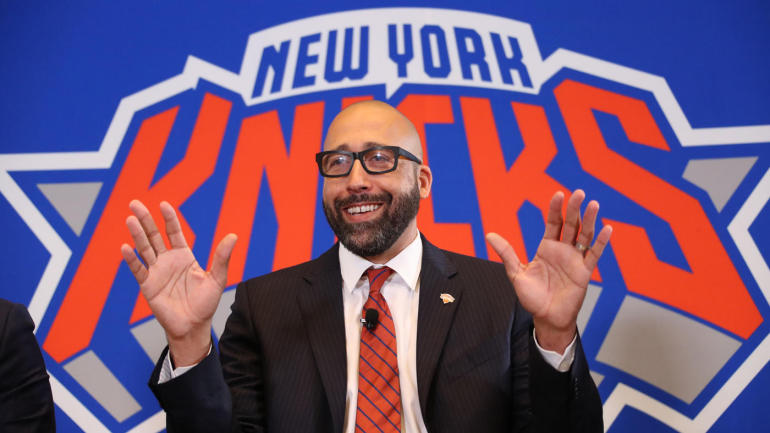 The New York Knicks reopened the records books with 126-107 victory over the Atlanta Hawks to begin the 2018-2019 season.

En route to a 19 point win, the Knicks set a franchise record for points in the second quarter (49) and scored their 4th highest total ever to open a season (126).

With Porzingis watching as a spectator and with a roster that’s completely retooling itself, it was an unimaginable showing at the Garden. The Knicks pushed the ball on offense and played tough defensively. Two principles Coach Fizdale preached all offseason that paid its dividends in his debut as the Knicks coach.

Fizdale emphasis on playing time was that each player had to play as hard as they can for as long as they can. If a player seemed to be saving himself, Fizdale was quick to pull the trigger and pull him out the game.

He held true to his word as Frank Ntilikina was the only Knick to play over 30 minutes (34).

The Knicks are team filled with young talent and former high lottery picks clinging to what may be a last real chance to being a contributing factor in the league. Fizdale played 11 players in the win and can expect a long rotation going forward especially since Courtney Lee missed the game with a neck injury.

Here’s the quick breakdown of the first game:

Tim Hardaway Jr. was the star of the show scoring 31 points, grabbing 6 rebounds, and dishing out 5 assists. In a season in which Hardaway needs to become a leader and the focal point of the offense, his play was an encouraging start to the year.

The Knicks as a team shot 31 free throws making 24 (77.7%) and made 12 three pointers which was four more than they averaged a year ago. The quick place and aggressive play style sure played a role in this.

On defense, the Knicks had 12 steals, 6 blocks, and forced 24 Hawks turnovers. Frank Ntilikina and Mario Hezonja led the way with three steals each while Allonzo Trier had two blocks.

Noah Vonleh had an impressive Knicks debut scoring 12 points with 10 rebounds in just 16 minutes of play. Vonleh was active in his minutes and was an effective screener at the top of the key. He was a +22 in his minutes.

Mario Hezonja came alive in the fourth quarter and finished the game with 15 points on 6-for-14 shooting. Hezonja fit in well with the second unit.

Allonzo Trier stole the night with a throwdown dunk to finish the third quarter and looked like the best rookie on the court last night.

Trier had 15 points, 4 rebounds, and 2 blocks in 26 minutes and showed multiple times the ability to break down a defender 1-on-1 and get his own shot. Trier, an undrafted rookie, should continue to see major minutes for the Knicks.

Kevin Knox struggled and admitted to being nervous prior to the game. The 9th overall pick scored 10 points on 4-for-16 shooting. Knox was 1-5 from three and just 1-3 from the foul line. Knox was aggressive on both ends of the floor and had good looks on his shots. The shots didn’t fall on for his debut but was able to get a couple of steals and a block.

Mitchell Robinson played only a minute of game action before rolling an ankle and being removed from the game. The injury isn’t considered serious but it was a shame to see him check into the game and be injured so quickly.