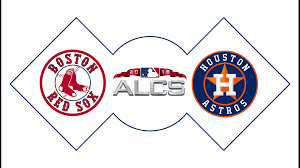 Entering game 3 of the ALCS, the Red Sox and Astros are locked in at 1 win a piece. Verlander once again pitched great in his Game 1 start, but the Astros have decided to hold off on going back to him until at least Game 5. For Game 3 they are going with Dallas Keuchel followed by Charlie Morton in Game 4. Meanwhile, the Red Sox will be sending out Nathan Eovaldi and Rick Porcello.

In the ALDS, Eovaldi pitched very well against the Yankees, allowing just 1 run over 7 innings while the offense gave him plenty of run support so he could pitch comfortably throughout the game. It was Eovaldi’s first playoff appearance and worked out well for him to get his first game jitters out of the way. Now that the stakes are higher, and it is unlikely that the offense will drop another 16 runs to support him, it may be a little different feel for him this time around. In Game 4, Rick Porcello will be making his 4th appearance this postseason and his 2nd start. Porcello was called on to pitch one inning of relief in Game 2 against Houston. It is unlikely that his one inning would impact his start, but that possibility is always there.

For the Astros, Keuchel had a strong outing against the Indians, allowing 2 runs on 4 hits through 5 innings. With a low strikeout total, Keuchel will need to be even better in Game 3 to keep the Red Sox offense from firing up and putting this game away before the Astros have a chance. Game 4 will be Charlie Morton’s first appearance this postseason, but he is no stranger to big games. Morton took the mound for Game 7 of both ALCS, and World Series last year. In those 2 starts he allowed 1 run on 4 hits over 9 innings. A cold arm could be a factor in this game as Morton has not pitched since September 30th. In addition, his last 2 starts of the regular season this year saw a limited role as he pitched a combined 4 innings despite allowing just 1 run on 2 hits.

Game 3 will be a good one, both Eovaldi and Keuchel will dominate early on, before Eovaldi hits a hurdle in the 3rd or 4th inning, allowing the first run of the game. The Red Sox will leap frog the Astros in the next inning scoring 2 runs and driving Keuchel from the game. The Astros bullpen will hold the game close, but will get help from Correa and Springer to give them the lead in the middle innings. The Astros bullpen will close it out for the win.

Game 4 will be interesting as both pitchers have a question mark attached to them. Morton has not pitched more than 3 innings since mid-September. He will go longer in this game, but once again it will be a longer bullpen session for the Astros. Porcello will also leave the game primarily to the bullpen as he goes 4-5 innings. I expect more runs to score in this game on both sides, looking more like Game 2. In the end the Astros will come out on top, leaving the Red Sox in an uphill 3-1 hole ahead of Verlander in Game 5.