In my opinion, this will be the best series of the postseason up to this point. Both teams have potential to win it all, leaving this matchup up in the air. The Dodgers have been a powerhouse all season long both on the mound and at the plate. This season the Dodgers ranked top 5 in OBP, Slugging %, Home Runs, and Runs Scored while leading the league in walks. On offense the Brewers only advantage is on the basepaths as they ranked 4th in stolen bases this season. 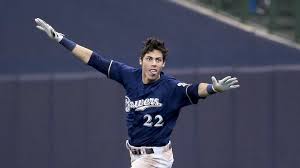 The Brewers have a core of All Star hitters that have been outstanding this season. Leading the way is Christian Yelich, who was a Triple Crown threat entering the final week of the season. The Brewers were the only team in the National League with 3 players with 30+ home runs with Yelich, Jesus Aguilar, and Travis Shaw. Yelich and Lorenzo Cain were also the only National League teammates to both bat over .300 this season. 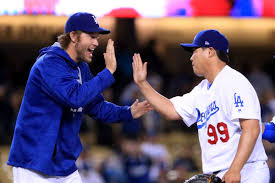 Where this series gets interesting is the pitching. The Dodgers have one of the best starting rotations in the National League, ranking top 2 in ERA, Opponent Batting Average, WHIP, and Strikeouts, while also yielding the fewest walks. The Brewers starters rank right behind the Brewers in Opponent Batting Average and WHIP, however they rank in the middle of the pack for ERA and Strikeouts. 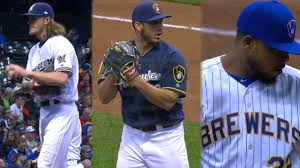 The bullpens are a different story, as the Brewers boast one of the strongest bullpens in baseball, ranking top 2 in ERA, Innings Pitched, Strikeouts, and Opponent Batting Average. The Brewers pitching staff also excelled late in the season, posting the lowest team ERA and WHIP in the month of September. That has clearly rolled over into the postseason as the Brewers have allowed just 3 runs to score this October, including the tiebreaker game against the Cubs. In those 4 games, the Brewers pitching staff allowed just 17 hits and 11 walks compared to 38 strikeouts.

The Dodgers bullpen has been just as good in their NLDS series against the Braves. While, Kershaw and Ryu had impressive outings, it was the bullpen that made life easy for Dodgers manager, Dave Roberts. In the 4 games series, the bullpen combined to pitch 10.2 innings, allowing just 1 run on 7 hits and 1 walk while striking out 11 batters.

Game 1 the Brewers are going with Gio Gonzalez against Kershaw. This is a smart move, as Kershaw will put on another spectacular performance, holding the Brewers to just 1 run over 7 innings. Gonzalez on the other hand will give up 2 runs early, before getting into a groove. The bullpen will pitch several innings of this one, holding the Dodgers at bay. The decision to go with Gonzalez shows that the Brewers don’t expect to beat Kershaw, so they are not going to waste one of their better pitchers. This game will go to the Dodgers.

Game 2, the Dodgers will likely go with Ryu in this one, setting up a great rubber match with Wade Miley. Miley will hold the Dodgers scoreless through four innings, setting up yet another long bullpen session for the Brewers. Jeffress will get into trouble, but ultimately they will lock down the Dodgers offense. Yelich will get a big hit to get things going off Ryu in the middle innings and will be complimented by Lorenzo Cain late in the game, leading the Brewers to a win and evening up the series at 1-1.