The Yankees and Red Sox series has been a case of missed opportunities, especially for New York. Between the first 2 games alone, the Yankees have left 40 runners on base. The opportunity for them to win Game 1 were plentiful. They loaded the bases in both the 6th and 7th inning, having 8 baserunners altogether, yet were only able to score 3 runs. 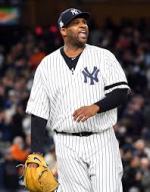 In Game 4, the Yankees will be going with CC Sabathia for the pivotal Game 4. It is hard to tell what will happen when CC takes the mound. He is capable of giving a stellar performance, but at the same time he is more than capable of allowing 5 runs through 3 innings. For the Red Sox, they are going with Rick Porcello. Porcello has allowed 3+ runs in 6 of his last 8 starts of the season. His final start of the season was a 2 inning shutout to the Yankees in which he allowed just one walk and no hits.

This will be an interesting game as both pitchers perform well early before getting overwhelmed. CC will have a better performance than Porcello, allow fewer than 3 runs into the 6th inning. Porcello will get hit hard in the middle innings including a home run to Giancarlo Stanton before exiting the game. Aaron Judge will also have another big game, though his postseason home run streak will come to an end. Once again the Red Sox bullpen will get into trouble. Unlike previous games, the Yankees will have one inning in which they find the big hit to put the game away and take the win.