The Athletics are set to take on the Yankees in the American League Wild Card game. The Yankees have Severino slated to make the start. The ace of the team, Severino led the way for the Yankees with 19 wins this season and a team low 3.39 ERA. (Midseason aquisition, JA Happ, did post a lower ERA while with the Yankees). Severino has been on-point in his last 3 starts of the season, however the anxiety for Yankee fans comes with his first start of September. In that game, he was chased from the game in the 3rd inning after allowing 6 runs on 6 hits. What makes that more worrisome for Yankee fans, is that the opponent of that game was the Oakland Athletics. 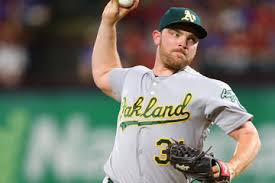 Oakland is going with an interesting pick for this all-or-nothing game with Liam Hendriks. Since September 4th, Hendriks has not allowed a run to score and gave up just 6 hits and 2 walks. The interesting aspect of this selection is that Hendriks has not pitched more than 2 innings all season long, despite starting 8 games. This will put a lot of pressure on the Athletics bullpen who will likely see a lot of work should the Athletics advance in the playoffs.

On offense, the Yankees have a more fearsome lineup than the Athletics. Each batter in the Yankee lineup has the potential to hit a home run at any moment with 6 batters who hit 24 or more home runs this season. However, they also have a high potential for striking out with 5 players striking out over 100 times while Sanchez and Bird had sub-.200 batting averages for the season. A true team effort, the Giancarlo Stanton is the only player to drive in over 100 runs this season with exactly 100, however as a team they recorded the 2nd most RBI, just 8 behind the Red Sox and 35 more than the third place team.

On Oakland, they also relied heavily on the home run with 5 players hitting over 20 home runs this season, and only Khris Davis being the only one to drive in over 100 RBI. Unlike the Yankees, Oakland does not have one player that can reliably hit for average. The highest average for the team this season was Matt Chapman’s .278.

Both teams in this game live and die by the home run which makes a true prediction difficult. The depth of the Yankees lineup will give them more opportunity to score runs, but the high strikeout rate will see a lot of runners left on base throughout the game. Khris Davis will continue his hot streak with a big game against Severino as he carries the Athletics on his back. Dipping into the bullpen early will hurt the Athletics as the Yankees chip away at the relief pitchers. In his first playoff appearance, an eager Giancarlo Stanton will struggle early, but drive in a big run in the second half of the game to put them ahead. Davis will have an opportunity to tie the game in the final innings, but will ultimately come up short as the Yankees take the win and set up a date with the Red Sox.