Ian Rapoport sounded the alarms this morning and Adam Schefter shut them off as Mack found a new home as a Chicago Bear. 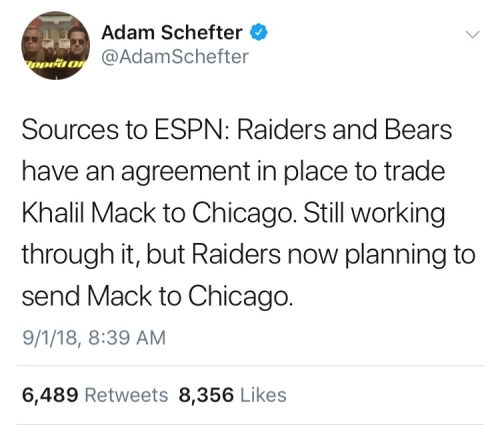 Are the Bears back? Sure seems there trying to rebuild things quickly.

Rapoport announced the terms as two first rounds picks and a player. It’s not announced yet what year the picks for and which player.

Mack, who’s looking for an Aaron Donald type extension, will likely get a big pay day as soon as his plane touches down.

Chicago has the salary cap necessary to give Mack a large deal.

Mack who has 40.5 sacks in his first 4 seasons was the best available trade candidate of the offseason. Big time move by the Bears to keep up in the NFC North.