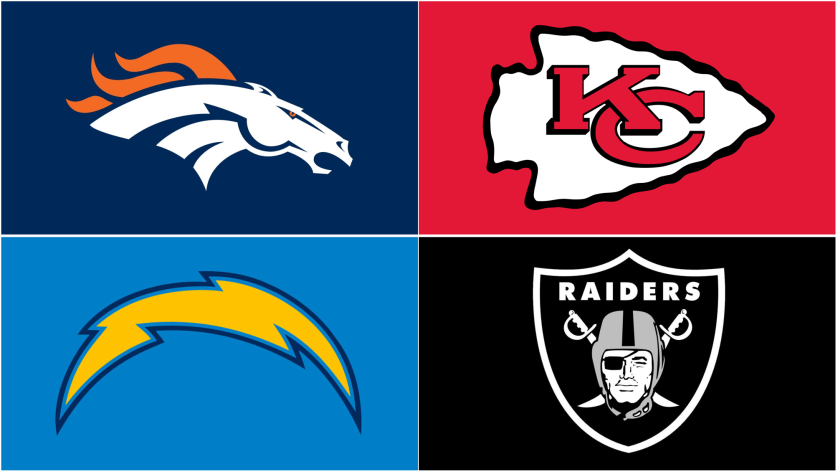 As Training Camps across the NFL get into full swing, and players prepare for an exciting NFL season, the AFC West appears to be a wide open division.

With the Broncos, Chiefs, Chargers, and Raiders all presenting middle of the pack teams, they each have a shot of winning the division title.

After months without football, fans will be paying close attention to their favorite team’s training camp. Each team has its own issues to work out and reasons to be excited, which presents each fan base a unique narrative to follow.

Here are the top training camp narratives for each team in the AFC West:

While their division rivals all have quarterbacks with high expectations of leading strong offenses, Denver has decided to take their team in a different direction. To offset the average production of newly signed quarterback Case Keenum, the Broncos have gone to work building a strong defense.

Von Miller, Brandon Marshall and Chris Harris all return to headline a defense that many are comparing to the defense which won Super Bowl 50. With rookie linebacker Bradley Chubb gaining a lot of positive traction, and nose tackle Domata Peko entering the second half of a two year deal, the 2018 Denver Broncos defense is once again expected to be a Top 5 defense in the NFL.

Whether there offense will be good enough to win Denver the AFC West title still remains a question. However, there is no doubt that this Broncos defense will be one that all offensive coordinators circle on their calendar as needing extra game planning.

Kansas City Chiefs – Is Patrick Mahomes really the Quarterback of the future?

By trading quarterback Alex Smith to Washington, the Kansas City front office made it perfectly clear that they believed Texas Tech standout and second-year quarterback Patrick Mahomes was the future. Despite only playing in one game last season, a relatively promising game against Denver, Mahomes has seemingly shown Chiefs fans enough to get them excited for the next few years.

While Smith was a solid quarterback who rarely threw interceptions and had a high passing IQ, he was limited in his versatility and ability to light up the scoreboard. Mahomes, however, brings a completely different dynamic to the Chiefs offense, sacrificing more turnovers for the ability to make big plays with his arm and his legs.

Without much in-game experience to go off, it is not easy to judge how well Mahomes will perform in his first year as a starter. One thing is for sure though, the Kansas City Chiefs have put their full support behind the 22-year old.

Last season saw the proverbial “passing of the torch” at tight end for the Chargers, with second year player Hunter Henry becoming the go-to target for quarterback Phillip Rivers, over longtime favorite Antonio Gates. With the promise shown by Henry in the 2017 season, the Los Angeles front office let Gates enter the open market, and the eight-time Pro Bowler is still unsigned.

After this move, tragedy hit when Henry tore his ACL, knocking him out for the entire 2018 season. The future stalled before it really began, and the injury left the Chargers in a scramble to fill one of their most valuable positions.

That is when the reports started to come in that Antonio Gates’s agent was in talks with the Chargers to bring the tight-end back to Los Angeles for at least one more season. Nothing is set in stone, but Gates coming back will obviously please the Charger fans and strengthen a severely weakened spot on the roster.

Obviously, one could make the argument that the return of Head Coach Jon Gruden to lead the Black & Silver. However, the future of All Pro pass rusher Khalil Mack may be a more pressing matter for the Raiders, who have already secured Derek Carr on a five year deal.

One thing that could drastically affect the Khalil Mack situation is the ongoing contract negotiations between the Rams and Aaron Donald. Both players have been holding out and it appears that whoever signs first will set the mark for the second player’s contract.

The worst case for the Raiders would be for Donald to sign an $18-20 million per year, with a huge signing bonus. The Raiders, who are not a cash rich team, could be forced to use their franchise tag next season or trade Mack if the bonus amount gets too high.