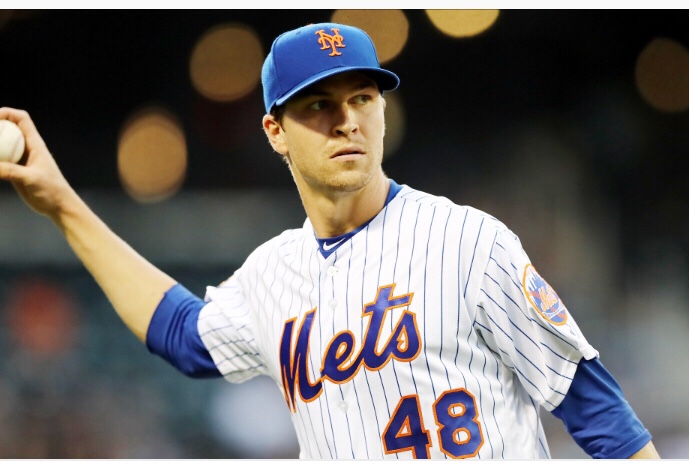 Ken Rosenthal just dropped a Mets bombshell surrounding the future of Jacob deGrom and his time with the organization. 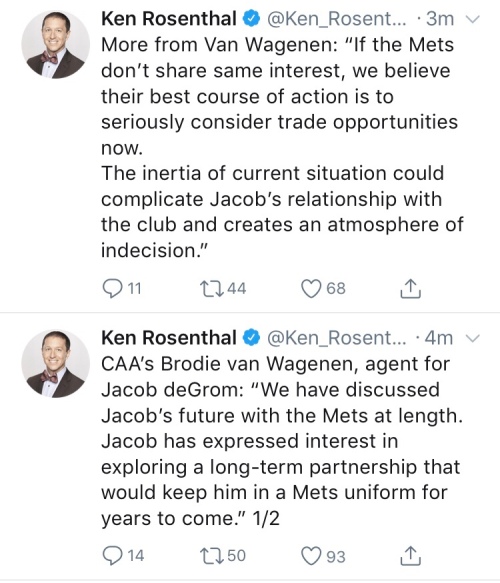 Seriously, fuck the Mets. This is a total joke and a complete embarrassment that falls directly onto Fred and Jeff Wilpon’s lap.

And honestly good for deGrom. Enough of this bullshit from the owners. DeGrom having his agent come and say “sign me or trade me” is an all time power move.

deGrom is currently the best pitcher in the sport yet these idiots running the show won’t get serious about talking dollar figures to give him an extension.

deGrom currently leads baseball with a 1.68 era. He has a ERA+ of 228 which is the best in the national league and he’s currently second in the league in strikeouts (149 in 123.1 innings).

How is he not locked up already? A real organization would have been negotiating a contract extension with him before the season began.

Worst part of this is that deGrom is already 30 years of age. Which means the Mets would have all the power in negotiating a team friendly deal to buy out his arbitration years and to give deGrom the known security going forward. Yet, they still mess it up and can’t get it right.

deGrom is the face of the franchise and the only time this year the team is worth watching is when deGrom is on the mound.

He should’ve been a shoo in to start the All Star game (sure its Scherzer ballpark but to say he’s been better than deGrom in 2018 is a total farce).

deGrom is a guy worth building your team around. He’s a rare and special pitcher who can shut down any lineup in any game. He literally gives you a chance to win every single time he toes the rubber.

Honestly, fuck ownership for allowing this to get this far.

Mets fans have been tortured by the Wilpons for far too long and by trading deGrom because they didn’t want to give him an extension would be the ultimate alp in the face to Met fans everywhere.

They better fix this mess and lock deGrom long term. A 7 year deal worth $140 million would be more than worth it (actually deGrom deserves more).

Fuck the Mets. They’ll always be losers and yet this is another prime example.

For deGrom, I hope he actually does get traded because he doesn’t deserve to be insulted by the Mets ownership and the front office for tossing out a AA lineup every night as he attempts to get a win. DeGrom deserves way better than that.

More to come as the story develops*