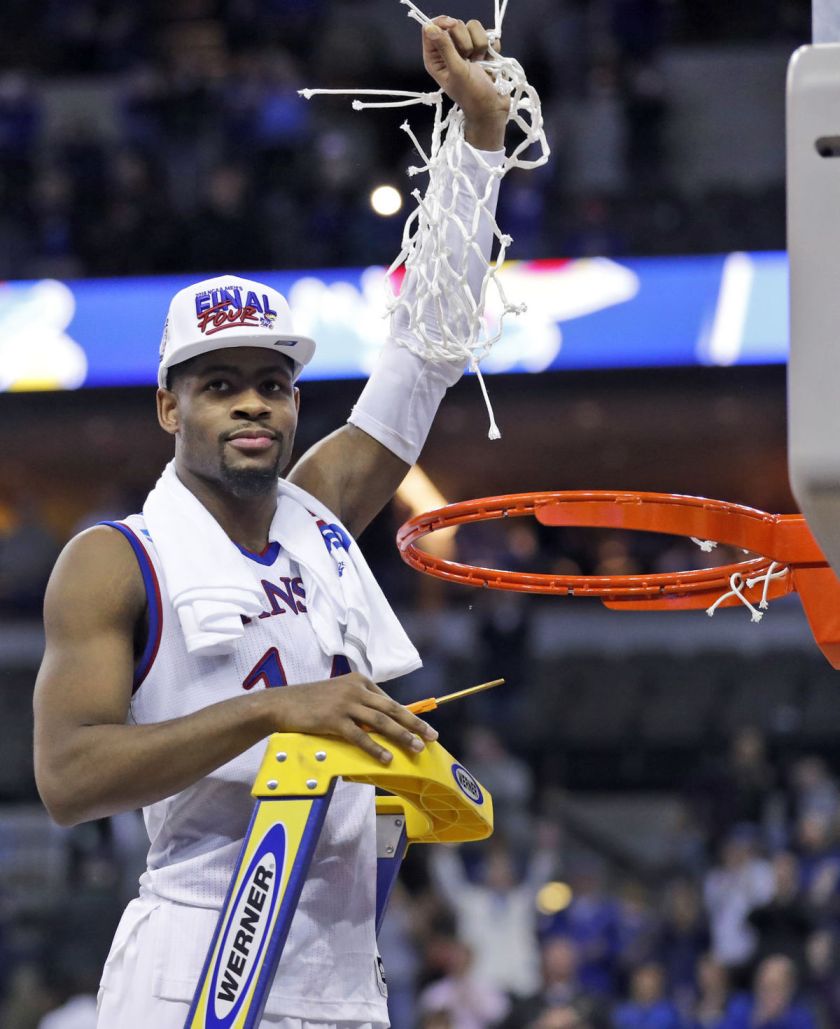 Well, if you’re a Kansas fan like myself and you were hoping Malik Newman would return to Kansas to lead the Jayhawks to a National Title while also collecting every National Player of the year award under the sun…

well, you can stop hoping.

According to reports, Malik Newman is declaring for the NBA draft AND will hire an agent. That means that Newman will forgo his remaining 2 years of eligibility and not be able to come back after the NBA combine.

Let’s be real, this is news Kansas fans were expecting. We were hoping and wanting for Newman to come back to school, but how can you blame him? If you’re a 21 year old kid and you have a few millions of dollars starring in your face, you’re going to take it. And this is a good move for Newman. He’s a 21 year old sophomore and NBA teams lately have been drafting younger and younger to capitalize on potential and that’s completely fair. But, if Newman were to come back for his Junior year he would be 22 by the draft and 23 during his rookie season. That’s a pretty old rookie.

Newman hasn’t appeared on many draft boards yet but I think that’s because no one knew if he was going to declare or not yet. Now that he is declared and after all the combine drills, you can expect to see Newman on NBA draft boards and could sneak into the first round. Remember, Newman is a former McDonald’s All American who was the best player in College Basketball in the month of March. He has been phenomenal and even though it was an up and down season for him, he still averaged over 14 ppg while shooting great numbers and proving he can play without the ball in his hands.

If I’m Malik Newman, I would want to be picked in the second round and here’s why: 1. First round contracts are guaranteed, but the team who drafts you basically has 8 years of control, which could be a problem. 2. second round picks only have 2 years of control and can hit free agent market much quicker. If Newman can ball out for 2 years, he can be looking at a nice paycheck at the age of 23.

All in All: This is a win-win for Newman and the Jayhawks. Newman gets to live his dream to play in the NBA and Newman carried the Jayhawks to their first final four in 6 years. I would think that’s a win for everyone.

Also, Romeo Langford, the number 5 overall recruit, was waiting to see what Newman was going to do. Now with Newman’s decisions, Langford could be on his way to Lawrence, KS.