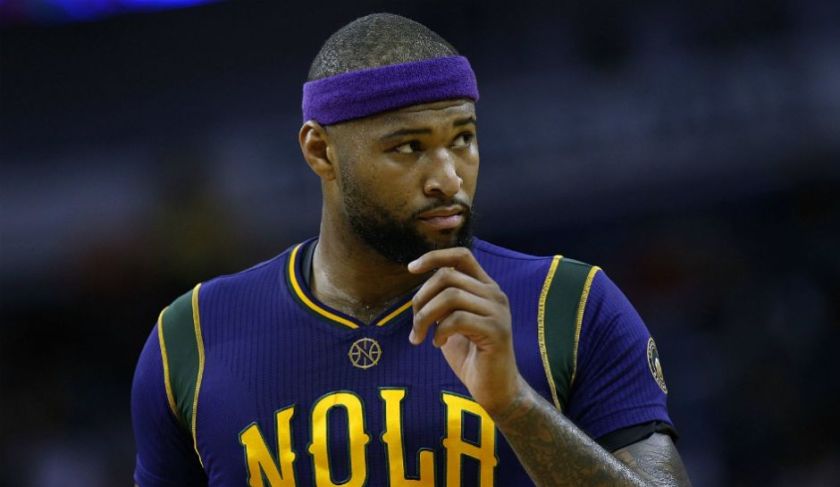 The Cleveland Cavaliers are in full blown crisis mode. LeBron is unhappy. Isaiah Thomas is playing poorly since his return from injury. J.R Smith and Jae Crowder are shells of the players they were just a season ago. Tristian Thompson is being paid $16.4 million dollars to score 5 points and grab 6 rebounds per game (Great Deal by GM LeBron). Jose Calderon has started a team high 24 games at point guard.

The Cavaliers can’t play a lick of defense, as they just allowed the Oklahoma City Thunder to score 148 points in REGULATION.

And to top it all off and make matters worse, Adrian Wojnarowski reported last night that “in the latest installment of Cavaliers finger-pointing, Kevin Love is drawing the ire of teammates in a heated Monday meeting.”

That’s not great, to say the least.

Reports are surfacing that Kevin Love, who left the OKC game 3 minutes into the first quarter with an illness, may not have been sick to begin with. Cavs players are reportedly frustrated and don’t believe Love was really sick. Reports then came out that Love was adamant that he was sick explaining to coaches, trainers, and to the front office.

Where does this leave the Cavs? In pure desperation mode.

Which then brings us to the ultimate “What if” trade the NBA will likely encounter come deadline time.

What if the Cavs call up New Orleans and offer Kevin Love and the 2018 Brooklyn first round pick for Demarcus Cousins.

Do the Pelicans even say yes to the deal? Well, it’s hard to say.

Cousins is set to become an unrestricted free agent at the end of the 2018 season. Currently, the Pelicans sit at 25-21 and are currently the 6th seed in the Western Conference, so it’s unlikely they’ll want to unload Cousins in the middle of a playoff race.

Especially given Monday’s performance, where Cousins took the form of Wilt Chamberlain for a night posting a 44 points, 24 rebounds, and 10 assists in 52 minutes of game play.  That’s an out of this world type performance.

But with Kevin Love and the Brooklyn pick, the Pelicans would be receiving an All Star caliber player who’s under contract for three more seasons and likely a top 10 pick in loaded draft class. That’s two highly attractive options for a team that is known for losing their best players to larger markets.

Kevin Love’s game surely would fit in nicely next to Anthony Davis as a stretch big who can knock down 3’s from all over the court at a high level. This deal would also allow Davis to have more free reign in the offense and would create more spacing for him to operate.

It also ensures that the Pelicans will be competitive for the next three seasons, which is highly important as Davis can be an unrestricted free agent in three years. A constant winner and with more money to be made, suddenly the Pelicans may not look like a bad option for him to stick around.

It would be a gamble for the Pelicans to play out the year with Cousins, as the likelihood he returns is minimal. I can sit here and say with almost 100% certainty that the Pelicans will not sign a player like Cousins caliber come free agent time. That being said, they could get a solid return due to the Cavs dysfunction.

But would the Cavs really do this and trade their future for a guy who they know also could walk? Well, the Cavs face a situation where LeBron may be skipping town once again and that reality is a lot scarier than Cousins potentially leaving.

The Cavs have nowhere near the talent Golden State has and the Cavs are continuing to fall further and further behind the Celtics and Raptors in the East. Even the Miami Heat now only trail the Cavs by a single game in the East now.

Adding Cousins is an immediate upgrade and a polarizing force added to a talented roster. Adding Cousins allows the Cavs to do whatever they can to try and win a title. If LeBron won a title this year, do you really think he’s leaving again? I’m guessing not.

As of today, Cousins gives the Cavs a much better chance of that being a possibility. It’s not a perfect scenario, but it is the only one that can work and work effectively.

It’ll be a gamble for both sides, but start firing up the rumors from now until deadline time. I bet this will not be the last time you’ll hear of this potential scenario again.