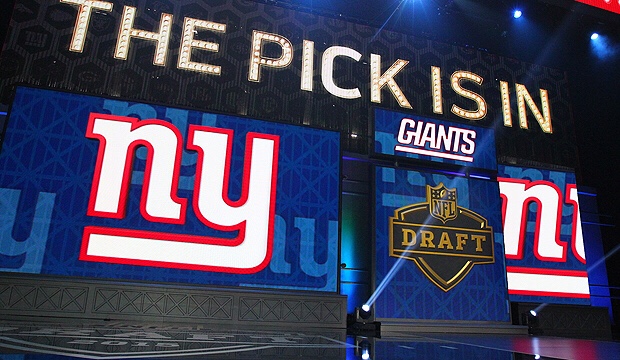 The New York Giants have the second pick in this years upcoming NFL Draft, which gives them a lot of options come April.  I touched on two of the options they have in an article earlier this month that can be found here: Giants Draft Stategy.  Recent reports have come out that Dave Gettleman, the Giants new general manager, likes the idea of retaining Eli Manning as the team’s starting quarterback for next season.  I can see the logic in this as the Giants are not your typical 3-13 team. With the talent they already have, a few smart free agent signings, a good draft, and better coaching could have this team right back in the playoff picture next season.  The Giants also have former third round pick Davis Webb who they are high on backing up Eli Manning, which is a luxury to have.  If the Giants feel Davis Webb has as much upside as any of the top quarterbacks in this year’s draft, it could make sense to keep Eli and continue to develop Davis Webb as the quarterback of the future.  In this scenario I would like to see the Giants trade back and stock up on draft picks. Here are three teams the Giants could strike a deal with come April.

The Denver Broncos are a team that is in desperate need for a franchise quarterback. The Broncos have some similarities to the Giants in that the rest of the roster has talent, but they do not have an Eli Manning or Davis Webb to turn to.  This is a draft that the Broncos must select their quarterback of the future.  I have read that the Broncos would strongly consider Baker Mayfield at #5, but I’m sure they would love to move up to #2 to guarantee that they would get the guy they want.  The reason they would have to move up is that the Browns have both picks #1 and #4 and you would have to think one of those picks will be a quarterback.  With the Giants at #2, that pick most likely will be a quarterback, whether they keep the pick or trade it to another team moving up for a signal caller.  The Colts at #3 do not need a quarterback but that pick is very much in play to be traded to a team needing a quarterback.  That would take three of the top four quarterbacks off the board before the Broncos would get to select.

With this move the Giants can either select the best remaining quarterback, Minkah Fitzpatrick S Alabama, or Arden Key DE/OLB LSU. The Giants’ defense has a lot of talent but adding a pass rushing edge player or a dynamic Fitzpatrick to pair with Landon Collins can make this defense elite.  With the extra second round pick they can snag a running back or offensive lineman.

This is not a likely scenario since if the Giants traded the #2 pick to the Jets and he turned out to be an all-world quarterback it would be a PR nightmare for the Giants.  Due to this the price, it would be much steeper for the Jets, but on paper this move would make sense for both franchises.

This move sets the Giants up both short and long-term. With the sixth pick I would target Arden Key DE/OLB LSU, Quenton Nelson G Notre Dame, or Roquan Smith LB Georgia. Nelson would immediately bolster the Giants’ Offensive line even though he is a guard. Scouts believe he can be a 10-year all-pro at the position and is compared to Patriot great Logan Mankins. Smith would give the Giants an athletic linebacker that they have lacked for years. We saw Dave Gettleman select Luke Kuechly at number nine overall for the Panthers so he clearly values the Linebacker position.

The Cardinals would have to give up a lot to move up this far in the draft, but they desperately need a quarterback and might not want to risk one of the top guys such as Josh Allen falling to them.

This would be a monster haul for the Giants and would set them up for years to come. With the number 15th pick, you can target a guy like Mike McGlinchey OT Notre Dame, Billy Price C/G Ohio St, or Derwin James S Florida State.  This move allows the Giants to take two offensive linemen within the first two rounds of the draft, which is probably the most important area on this team to improve no matter who is the quarterback.

A lot of rumors will swirl as we get closer to the NFL draft and it is going to be a fun offseason for Giant fans.