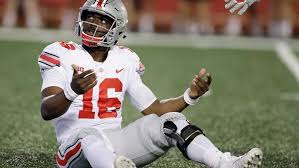 The College Football Playoff has been a staple of debate and controversy since its creation in 2014. The format was established to bring about the necessary shift from the BCS format, which was littered with problematic favoritism of high profile conferences, in particular the SEC above all else.

The Playoff saw an adjustment to place the selection of the best teams in the hands of the human mind rather than a computerized system, which opened the door for all sorts of great debate. Criteria had to be established, explained, and upheld rather than leaving fans wondering how a hogwash technological system decided which team was best.

Of course, just like the BCS, the Playoff is not without controversy. Fans and analysts alike have varying opinions of the criteria the committee has laid out and disagreements arise about which teams deserve to make the final four spots each year. That being said, after all is said and done, the committee has not gotten a single thing wrong yet.

In the first year, the committee elected to place Ohio State as the #4 team ahead of TCU, a decision that was highly debated at the time. The Buckeyes went on to upset both #1 Alabama and #2 Oregon and won the National Title, while also being the only 3 or 4 seed to ever win a CFP game. That’s right, Cardale Jones and company are the only 3 or 4 seed to win even a single CFP match up.

Moving on to 2016, the committee chose to keep Penn State out of the Playoff in favor of Ohio State despite Penn State beating Ohio State head to head. While the Buckeyes were eventually dismantled by the Clemson Tigers, Penn State also lost their bowl game to USC and finished the season with three losses. Certainly a good team, but certainly not a team deserving of a CFP spot.

Now to the present day, the committee chose to place Alabama as the 4th and final Playoff team over Ohio State (Urban Meyer and company never seem to make things easy, do they?) despite the Buckeyes winning their conference while Alabama was not even featured in its conference title game. While the conference title game factor is in fact one of the given criteria, once again the committee got it right. Ohio State won the Big Ten, but we must take a closer look at how they got there. The Buckeyes finished with 11 wins, yet 6 of those wins came against teams with losing records. Urban Meyer’s bunch was almost completely dismantled by a 7-5 Iowa team and was easily beaten at home by the now #2 Oklahoma Sooners.

I know, I know. The first thing every Buckeye fan will say is that Alabama did not play anybody noteworthy either. To some extent, it’s a fair point. But in direct comparison, the Tide played four teams that finished the season with losing records rather than six. Yet the Tide finished with just one loss, which came at rival Auburn during the last week of the regular season. While being upset by a rival is never a great loss, Auburn is an extremely talented at team that went 2-2 against the final Playoff field. Based on Auburn’s success this season, that single loss alone could never be enough to cost the Tide the final spot.

Four the fourth consecutive year, the CFP Committee has done a great job selecting the best four teams and presenting them with a chance to be crowned being National Champions. With the physicality of Clemson, Alabama, and Georgia along with the sheer explosiveness of Baker Mayfield and the Oklahoma Sooners, this year’s Playoff could be the best yet. As for Ohio State, they’ll face off against the Trojans of USC and Sam Darnold in hopes of avoiding their first three loss season under Urban Meyer.