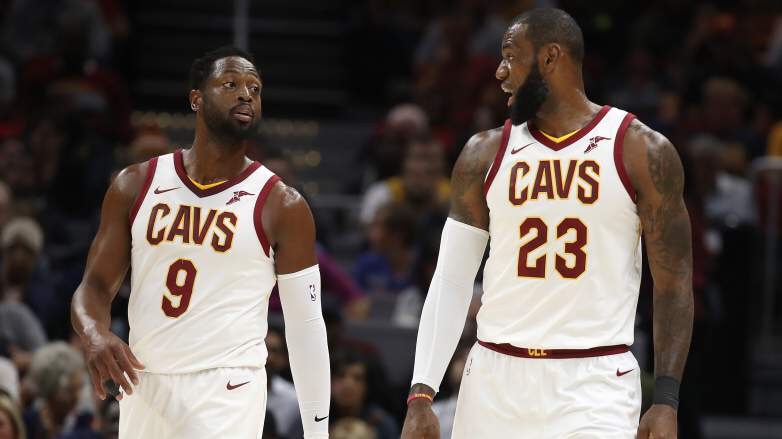 Were a quarter way through the NBA schedule. Really hard to believe that the regular season is just cruising right on by.

Before you know it, the Christmas slate will be here and as we all know once the Christmas games come about, the NBA season is in full effect. Rumors on trades, two way contracts,and buyouts will all be discussed as teams look to gear up for a playoff run or tank for the draft.

In the meantime, let’s see how the current teams stack up.

The only real question left for the Bulls this season is which prospect do they favor more? Marvin Bagley III or Luka Doncic? Their current 9 game losing streak is the longest active losing streak currently in the league.

The Hawks will end up in the top 3 of the draft rankings come June. The Hawks, like the Bulls, are a roster seriously deprived of NBA talent. They need a rookie who can be a star. Expect Ersan Ilysova to be moved to a contender and the team to float Dennis Schroeder around in trade discussions.

“We won a game… f*ck it” – Yup Marc Gasol, you won a game but unfortunately the team is spiraling out of control fast. The win last night snapped an 11 game losing streak for the Grizzlies. Rough times ahead in Memphis.

The Kings have actually played better of late having gone 3-3 in their past 6 games. Frank Mason III has emerged as their lead guard off the bench. His past five games? 19.6 minutes per game with 9 points with 3.8 assists. Mason is 4-for-7 from 3 and 11-for-11 from the free throw line in those games. Pretty solid numbers for a second round pick.

The Mavericks have also been hot over their past 6 games as they try to escape the basement of the Western Conference. The team has won 4 of 6 but a daunting schedule is upcoming which could put a end to the hot streak fairly quickly. The Mavericks play 5 of the next 6 on the road against the Celtics, Bucks, Timberwolves, Warriors, and Spurs. The only home game is against the Spurs. Yikes.

Any scout or general manager who had red flags on Lonzo Ball because of Lavar turned out to be 100% correct. The Lakers recently just installed a “Lavar Ball rule” which won’t allow media to talk to guests of players. The distraction is clear and evident as the team has now lost 5 in a row and heading towards their fifth sub 30 win season. Seriously, Laker fans are idiots if they think stars want to join that circus.

The Magic are 2-8 in their past ten with one of the wins being against a Knicks team missing their two leading scorers. Aaron Gordon continues to play his way into a large pay day as hes averaging 18 points and 8 rebounds on the year. His 41.9% shooting from three has been the most impressive.

For all the talk about the West being a super conference, it is has been nothing short of a disaster. The Clippers? They are done.. Doc Rivers we’ll be shown the door at some point and DeAndre Jordan will likely be traded before he hits free agency.

The Nets have bounced back a bit after a rough patch having won 3 of their past 5. Granted the three wins were against the Grizzlies, Hawks and Mavericks but it is encouraging for the Nets to build up some wins. Want to know who is not happy about this? The Cleveland Cavaliers who own the Nets 2018 first round pick. The Nets would have the 9th pick in the draft if the season ended today.

The Hornets cannot seem to get out their own way. Need evidence? After a three game winning streak, the Hornets went on to drop 6 in a row. They followed that up winning three more in a row, only to lose the next four. It’s one step forward and four steps back for Michael Jordan and the Hornets.

22 games into the year and the Thunder are still sitting below .500. The Thunder have now won  back to back games over San Antonio and Minnesota so maybe things are starting to be figured out. Regardless, the Thunder need a trade to upgrade their bench to be a serious threat.

Hassan Whiteside has only played in 15 of 23 games this year and is currently out with a bone bruise in his knee. Whiteside is expected to miss the next two weeks and his health is vital for the Heat to make a playoff run. The Heat can stay in the race without him but will have difficultly winning at a high level without their best player.

The Knicks have fell below .500 as both Kristaps Porzingis and Tim Hardaway Jr. have now missed the past two games with injuries. The Knicks are just not equipped to play without their two top scorers and the team is dependent on the health of their top 4 guys playing together. The Knicks have won one game when a starter is forced to miss action. A favorable five game stretch is upcoming as the Knicks take on Memphis, Chicago, Atlanta, Lakers and the Nets. The Knicks need to get healthy quickly to capitalize and get some wins to save their season.

Update: The Wizards offense needs John Wall. Now so more than ever after only scoring 69 points against the Jazz. Without Wall, the Wizards just do not have the play making ability to get guys good shots.

The Pelicans may be without Anthony Davis for a good amount of time. Currently listed as day to day, Davis suffered a quad injury against Portland and was forced to miss last night’s game against the Warriors. The Pelicans need Davis to not miss a significant amount of time if they want to be a playoff team.

The Pacers score the 6th most points per game in the league and shoot the three at a 39.8% clip as a team. The Pacers only trail the Warriors when it comes to three point efficiency. The Pacers improved as a offensive team following Paul George departure.. who saw that happening?

The Bucks have not exactly taken off yet with the arrival of Eric Bledsoe. The potential is there as the offense has now scored over 100 points in 6 consecutive games in which they won four. The Bucks will likely finish as a top 5 seed in the east but it would be nice to see the team go on a lengthy streak where they win 10 of 15 games.

Donovan Mitchell would be the NBA rookie of the year had the 76ers not held out Ben Simmons for the entire season a year ago. Mitchell is averaging 16.6 points, 3.2 assists, 3.1 rebounds, 1.3 steals and is shooting 37.3% from three point land. As a team, Utah only trails the Warriors and the Pacers when it comes to three point percentage. Not bad for a team that lost Gordon Hayward to free agency and and just got Rudy Gobert back from an injury suffered at the beginning of the year. Their 6 game winning streak is the second longest in the West.

Still waiting for the Timberwolves to click and gel as a team. The team just can’t put together a stretch of quality games. The Twolves need Towns to care more on defense and control the paint, need Jimmy Butler to become more of a scorer and need Wiggins to fill up the box score. The potential is there and it’s only been 25 games but more is needed from Minnesota with the talent on the roster.

Despite the bad showing against the Suns, the 76ers are still exceeding all expectations. Embiid and Simmons are dominant and rumors have begun of why wouldn’t LeBron James consider signing their come the off season. The 76ers are much more logical spot for LeBron than the Lakers ever would be.

The Nuggets are currently without Nikola Jokic and Paul Millsap yet that has not stopped them from winning games. The Nuggets sit at the fifth spot in the West and have gotten strong contributions from Jamal Murray and Gary Harris. The young back court has kept the team afloat as injuries continue to pile on.

After winning seven of ten, Portland has dropped their last two to fall into a tie with the Nuggets for a tie for fourth in the West. Portland is a sleeper team to keep watch for the DeAndre Jordan or Blake Griffin sweepstakes if LA intends on moving them.

The Pistons are starting to fall back to earth a bit as they now are on a three game losing streak. The offense has been the area of concern as they have only averaged 95.3 points during the losing streak compared to their 104.5 points they average on the season. The next four games does not get easier as the Pistons have the Bucks, Warriors, Celtics and Nuggets upcoming.

The Raptors low key are even with the Celtics in terms of point differential as the two teams sit atop the Eastern Conference in that regard. Kyle Lowry has finally broke out after a horrid start to the year and is playing at all star level again. The Raptors are the fourth highest scoring team in the league and rank 6th in assists.

Another injury for the Spurs as they lost Kyle Anderson for 2-3 weeks with a sprained knee. Yet, the Spurs keep plugging away and winning basketball games. Truly remarkable, that Kawhi Leonard has yet to play a minute and the team still sits with the third best record in the West.

Make that 12 in a row for the Cavs who have hit their stride now. What’s crazy is despite the winning streak they still sit 3.5 games behind the Celtics for top spot in the east. You can argue come playoff time, LeBron does not need home court but the way the rosters are shaped this year, both teams are pretty even. Home court may matter more than you think.

The Warriors have won four in row, lead every offensive category, have shown the ability to come back from huge deficits to win (two wins after trailing by 20 plus at halftime), yet something feels off about the team. Kevin Durant has been ejected twice in the past week, Kay Thompson’s dad (former Laker keep in mind) about how the Warriors are going to add all stars via trade come offseason (is he talking about Klay here?) and Steph Curry has been re aggravating his ankle with nagging injuries.

The Rockets have yet to lose a game with Chris Paul in the lineup, are on a 7 game winning streak, have not scored less than 105 points during the win streak and hold the top spot in the West. All seems to be well in Houston.

The Celtics are well oiled winning machine. Jayson Tatum and Jaylen Brown may be the best young wing combination in the league, Kyrie Irving is rated as the clutchest and best fourth quarter player in the league, Al Horford is criminally underrated as a player and Brad Stevens is a top 3 coach in the league. Add all that up and you have a team who’s 21 of 25 games.