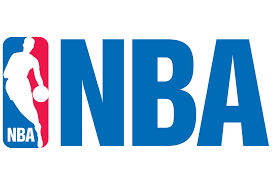 Second Edition of this year’s NBA Power Rankings. The rankings will follow same format. Teams we’ll only be ranked on how they have performed for this year only.

Things are not going great in Dallas in what are Dirk’s finals years. Nerlens Noel does not have a definitive role on the team, Dennis Smith Jr has not impressed as much as he did in the preseason and the bench play has been relatively weak.

Hawks have a head to head win over Dallas ranking them ahead. Dennis Schoeder has been playing at an all star level although an ankle injury has cost him a couple games early on. Three Hawks who have trade value for contenders: Marco Bellinelli, Mike Muscala, Kent Bazemore.

The Bulls remain in the same spot in the power ranking due to playing the fewest amount of games. The Bulls are losing by 12.2 points a night and are the league’s worst scoring offense at 89.8 points a game. Lauri Markkanen just set an NBA record for most three’s made in a players first four games with 12.

The Suns showed a good amount of fight last week winning two games despite being without Eric Bledsoe who is still suspended indefinitely. A Bledsoe trade is just a matter of when really. (Cavs, Knicks, Jazz, 76ers all could be landing spots)

The Lakers have struggled the past two games scoring only 92 against the Raptors and 81 against the Jazz. The team is giving up 108.8 points a night so if they want to win, they need to score 100 plus to have a chance.

The Cavaliers have major problems and the roster really is not that good. Want proof? Here are the Cavs last 5 games: lost to the Magic by 21, beat the Bulls by 7, lost to the Nets by 5, lost to the Pelicans by 22, lost to the Knicks by 19. The Cavs are giving up 110.1 points a night! That’s a real problem that cannot be addressed with the current roster

Everyone fell in love with the Heat last season because they finished the year 31-10. People forget they started 10-31. Complete Jekyll and Hyde. Inconsistencies remain with another slow start and Hassan Whiteside cannot seem to get himself to 100% healthy.

Blowing a fourth quarter lead and losing at the buzzer to Houston keeps Philadelphia down the rankings for the time being. Simmons and Embiid will learn as they progress and will become more adept to closing out a game. The Sixers rank in the bottom third defensively to start the year.

The Nets play a free flowing up tempo game but the team is terribly defensively. Giving up 118.3 points a night to start the season is not a recipe for success. The loss of Jeremy Lin is showing more now that D’Angelo Russell has cooled off from his hot start.

Kristaps Porzingis now has four 30 point games already this season and has shown he can be the focal point of an offense. Jeff Hornacek does need to learn to trust his bench some more as the Knicks are giving heavy minutes to the starters early on. Frank Ntilikina has shown to be a player already and is making his doubters turn with consecutive strong games.

The Pacers have not been as terrible as people originally thought and its in large part due to the guys they got in return. Oladipo has been playing at an all star level and Sabonis is a most improved candidate.

The Nuggets have beeen up and down to begin the season filled with postseason expectations. Paul Millsap and Nikola Jokic are still learning how to adapt their games next to one another as both have not played to last seasons standards

Kemba Walker and Dwight Howard look good enough to carry the Hornets back to the postseason. Howard looks like a different player than what he was in Atlanta and Houston. Howard is scoring 15.7 points and 16.3 rebounds.

The Thunder are still struggling to find an identity. The bench is a significant weakness. The Thunder will spend a large portion of the season finding out the best way to incorporate their differing styles of play but come playoff time, they’ll be a dangerous threat.

The Jazz have head to head wins over the Thunder and the Nuggets which places them ahead at the current moment. The Jazz are going to rely on on a balanced scoring attack all season and currently have seven guys scoring over 7.2 points a game.

The Timberwolves have two wins over the Thunder and a win over the Jazz giving them the head to head over the tiebreaker. The Timberwolves were missing Jimmy Butler for two games last week and they lost both. When Butler plays, the T – Wolves are 3-1 on the year.

After a 1-3 start, the Pelicans have found themselves the past two games winning by a combined 15 points a game. Anthony Davis and Demarcus Cousins are proving to be a top front court ever if they continue the pace their one. The duo has combined for over 57 points and 26 rebounds a game.

The Raptors are beating opponents by an average of 10.2 points a night and the team is scoring 111 points a night. Only reason they are not higher? Best win is against the Sixers.

Can anyone explain why the Warriors have started the season in a funk? The team just seems off and is not near the dominate level they played at least year. It’s only seven games but it’s interesting to see the Warriors struggle to win games like in years past.

The Bucks are worth watching just to see what Giannis Antetokounmpo does next. Antetokounmpo is the early season leader for NBA MVP. Go toss money on him to win the award.

Spurs started the season real hot winning their first four but have no dropped consecutive games. Kawhi Leonard is still out with an injury and the Spurs could use him back in the worst way. The Spurs are scoring less than 100 points a night to begin the year.

The Magic have been an early season surprise in the NBA season. The Magic currently lead in the Eastern Conference in Points per Game at 117.2 a night. Frank Vogel has the Magic playing team basketball.

The Celtics are still trying to adjust to the shorter rotations and the flow of the offensive after the Hayward injury. The Celtics have now won 4 in a row after an 0-2 start. Marcus Morris is beginning a rehab assignment which should help their depth.

The Wizards have the third highest point differential in the eastern conference and have played four of the first six on the road. Wall and Beal are arguably the top back court in the east and Porter Jr and Oubre have seemed to elevate their games on the perimeter to help ease the pressure. Washington is a good bench player away from being a real contender in the East.

The Rockets keep winning despite the absence of Chris Paul and the fact the team usually only plays 7-8 players on a given night. James Harden and Eric Gordon have the green light on offense to get 20 plus shots up.

The Clippers have done well for themselves after the departure of Chris Paul. The Clippers are currently beating opponents by 13.8 points a night.. the best in the NBA.

Stan Van Gundy has got something going in Detroit and the Pistons are sitting alone on top of the East after two weeks of games. The Pistons have now already beaten the Warriors, Timberwolves, and Clippers. Not a bad early season resume.

Anyone else see the Grizzlies holding the top spot after two weeks. The Grizzlies have now beaten the Rockets twice, the Warriors, Mavericks and Pelicans. Mike Conley and Marc Gasol continue to lead the way but the team continues to get big contributions from role players. Chandler Parsons remembered he was once good at basketball on his way to a 24 point the other day.