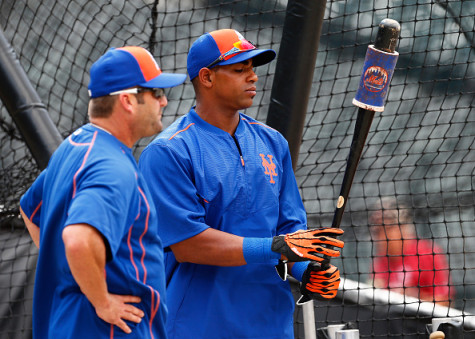 The Terry Collins Era for the Mets is officially over. The premature offseason for the team is in full swing, but there is no one set man to lead the Amazin’s for the 2018 campaign.

According to analyst Buster Olney, the newest hype seems to be around Kevin Long, the Mets hitting coach from the past 3 seasons. A few other names lingering around the Mets front office include Alex Cora and Brad Ausmus. However, it seems the organization is starting to lean towards the 50 year old Long. Kevin Long was the first candidate to be interviewed this offseason, and is already an early favorite. One thing Long does have in his favor is experience. His experience may not be as a manager (even though he managed a few seasons in the minors), but he is experienced with this young team. Long has been credited with the early success of the uprising superstar Michael Conforto, along with the 2 rookie studs Dom Smith and Amed Rosario. Majority of the 2018 projected roster is already familiar with the possible skipper, so things may be looking up for Kev. The front office is also looking for a relatively young manager who they can fully control for a good amount of years to come, and Long perfectly fits this criteria.

Whoever is chosen as the 21st skipper for the Metropolitans, we all hope he can lead us to another magical run. Be sure to follow @wingspansports for updates and closer looks.