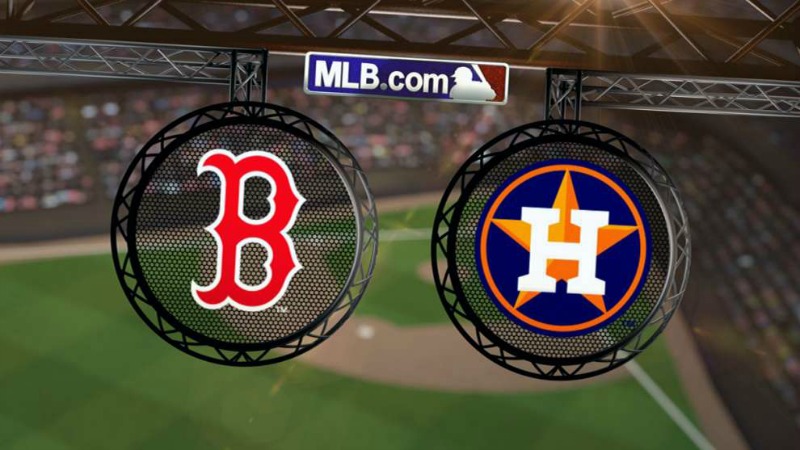 Series 2 of the ALDS also begins today. If you haven’t already, then check out our prediction for the Yankees vs Indians posted earlier today.

Now we are shifting gears and focusing on the ALDS series between the Red Sox and Astros. This is a highly anticipated showdown between two teams full of young stars and is sure to be full of excitement. 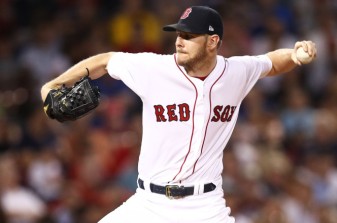 The Red Sox will be bringing with them one the potential of a great pitching staff this season as they face off against the explosive Astros offense. The Red Sox have announced that their ace Chris Sale will be taking the mound in Game 1. Sale has been one of the best pitchers in baseball this season and led the league in strikeouts, becoming just the fourth player to reach the 300 strikeout plateau since 2000. He has run into some trouble late in the year. In 4 of his final 7 games of the regular season Sale failed to make it through 6 innings and allowed a combined 18 runs on 28 hits, 10 walks and giving up 9 homeruns in 18 innings. Those other 3 games he pitched 21 scoreless innings while striking out 22. Which version of Chris Sale will the Red Sox get in the playoffs is a question that may haunt the Boston faithful.

The pitcher announced for Game 2 for the Red Sox is

Drew Pomeranz. Pomeranz had a solid season winning 17 games while posting a 3.32 ERA and 0.92 WHIP.  Down the stretch Pomeranz was masterful, allowing 2 or fewer runs in 4 of his final 5 games. Unfortunately, that odd game out he allowed 5 runs before being pulled out after completing just 2 innings.

Now this is where the Red Sox are in trouble. They have not announced a Game 3 starter, but that could be because they don’t really have anybody for that Game 3. The options are don’t offer much excitement for Red Sox fans. Rick Porcello has the more starts than any other Red Sox pitcher this season, but he allowed 31 runs in his final 7 games of the season (23 earned runs) in just 38.2 innings. Eduardo Rodriguez started 24 games for the Red Sox this season and has a 4.19 ERA to show for it. In his final start of the season, Rodriguez was pulled in the 2nd inning after allowing 5 runs on 6 hits and 2 walks. There were 4 solid starts before that final game, but inconsistency strikes hard as he gave up 17 runs in his final 4 games in the month of August. Doug Fisher also started a handful of games for the Red Sox this year, but had a terrible end of the season as he allowed 17 runs in just 16.2 innings in his final 4 games of the season. David Price is the only other pitcher on the Red Sox that started more than 10 games, but he has not started a game since July and only pitched a total of 8.2 innings since his return in September. So, don’t expect the Red Sox to pull the trigger on Price making his return as a starting pitcher during the ALDS.

With a shaky pitching rotation, the Red Sox will need to rely heavily on their offense. This may not look so good for Red Sox fans as the Red Sox do not have any true power hitters in their lineup as Mookie Betts led the team in homeruns with 24. In fact, the Red Sox ranked last in the AL in homeruns and second to last in Slugging. The Red Sox also only have one player with a .300 batting average for the season while 3 starting players had batting averages under .250.

What about the Astros? The Astros posted a team WHIP of 1.27 compared to the Red Sox’ 1.25. In addition, the Astros recorded the 2nd most strikeouts in the AL and allowed the 2nd fewest homeruns in the AL this season. Game 1 starter for the Astros is Justin Verlander who has been lights out since joining the Astros. In those 5 games, Verlander went 5-0 with a 1.06 ERA and 0.65 WHIP while striking out 43 batters in just 34 innings. 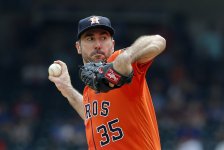 HOUSTON, TX – JUNE 25: Dallas Keuchel #60 of the Houston Astros celebrates after a complete-game shutout as the Astros defeated the New York Yankees 4-0 at Minute Maid Park on June 25, 2015 in Houston, Texas. (Photo by Scott Halleran/Getty Images)

Game 2 starter will be Dallas Kuechel who has also been superb down the stretch, posting a 2.87 ERA with 28 strikeouts in his final 5 games of the season. The Astros have not officially announced their Game 3 starter, but I would think they’d go with Brad Peacock. Peacock has also posted respectable numbers in September with a 2.57 ERA, 0.89 WHIP and 24 strikeouts in 28 innings pitched.

The Astros offense is also very explosive. The Yankees are the only team in the Major Leagues that hit more homeruns than the Astros this season while the Astros ranked first in nearly every major team batting statistic including team batting average, OBP, Slugging, OPS, RBI, Runs, and Doubles while also posting the fewest strikeouts of any team in the league.

Chris Sale vs Justin Verlander will be the most intriguing matchup of this entire series. If Chris Sale can get back to form and be the dominant pitcher we know he can be than this game may go to the Red Sox. However, I do not see the Red Sox winning any of the other games in this series. If Sale is in top form, then the Astros win this series 3-1. If Sales comes out and continues his late season inconsistencies then we will find ourselves with the first sweep of the 2017 postseason. Either way you slice it, the Astros will be competing in the ALCS this season.