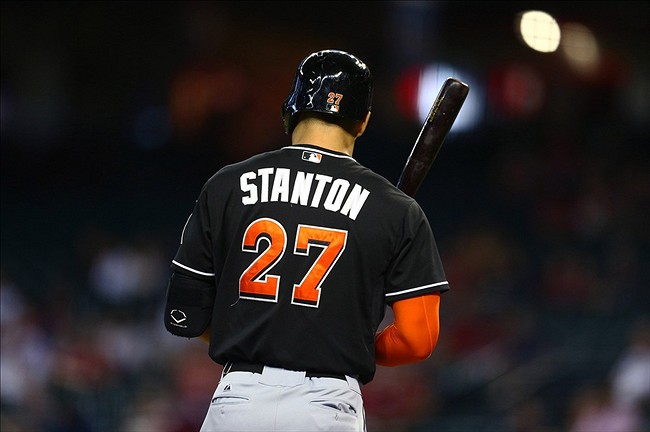 Giancarlo Stanton hit his 56th homerun of the season last night against the Mets as he continues his journey towards the coveted 60 homerun plateau. In the history of the MLB only 5 players have ever reached that plateau and 3 of them have been linked to steroid use. The other two players were Babe Ruth and Roger Maris.

The 50 homerun plateau is also a relatively rare occurrence in baseball as well. In all there have been 28 players, including Giancarlo, who have reached the 50 homerun mark for a combined total of 44 times. However, if you look at players who accomplished this feat outside of the years 1995 to 2004, then that number drops significantly to 18 players for a combined 26 times. The last player to reach 50 homeruns was Chris Davis in 2013 and Jose Bautista in 2010.

With 10 games left in the 2017 season, does Giancarlo have a chance of being just the 6th player to reach to 60 homerun plateau?

His 30 homeruns in the 60 games he has played in since the All Star Break puts him in a position to potentially hit 5 more homeruns by seasons end. However, I do not think he will make it. Don’t get me wrong, I believe Stanton certainly has the power to launch at least 4 more homeruns to reach 60 and as a fan of his, I would love to see it happen. But there is one thing different about this season than any other 60 homerun season before.

In 1927, by the time the Yankees clinched the

pennant on September 13th, Ruth had already hit 52 homeruns. The final 8 games of the season were then more-or-less exhibition games for everybody in the league. 1927 was also a time in which individual records and numbers were not nearly as important as they are today. Though sport fans love round numbers like 60, Ruth reaching that mark wasn’t the focus. Rather the fact that he doubled the homerun production of every other player in baseball that year besides teammate Lou Gehrig who was still a distant second place with 47 homeruns.

1961, Roger Maris was chasing Ruth and this time that magical number 60 was important to the baseball world. However, the controversy of reaching 60 before the 154th game of the season in the new 162 game format changed the feeling of it. Teams and pitchers did all they could to keep Maris from hitting 60 by the 154th game and succeeded as he had 58 after that game. Then the pressure was off the pitchers to not be “That Guy.” If Maris hit 60 now then it doesn’t matter because the record would receive an asterisk. Maris did hit 3 more that season to end with 61 and received that asterisk for several years before the ruling was changed to officially crown him the single season homerun king.

Now we enter the steroid era and it was certainly at its peak between 1998 and 2001 when not only did Roger Maris’ record fall, but it was surpassed 6 times in that 4 year span by 3 separate players. When Mark McGwire hit number 62 in 1998 there was still 18 games left in the regular season. Still too early for the true race to the playoffs to begin. Sosa hit 62 less than a week later. In 1999 the two goliaths had another season long homerun derby and again surpassed the 60 homerun mark. By 2001, when Barry Bonds and Sammy Sosa surpassed the 60 homerun mark, it had become common place in baseball. Hitting 60 was no longer seen as something special after 1998 and 1999 because there was not enough time in between to appreciate the rarity of the event. 70 then became the magic number and the attitude of the league had changed since Ruth in 1927. No longer did the pitcher challenge the hitter and fight to get them out when they were on the precipice of a major milestone. Instead pitchers pitched around them to avoid being “That Guy.”

Barry Bonds hit homerun number 69 on September 29th, 2001. He then hit number 70 on October 4th. In the 4 games between homerun #69 and #70 Bonds came up to bat 19 times. Of those 19 times he was walked 10 times and Hit By a Pitch twice. Another factor that came to play was that Bonds entered into a 3 game series against the Astros at that time. The Astros were in the midst of a tight race for the NL Central which they wound up winning via tiebreaker over the Cardinals. 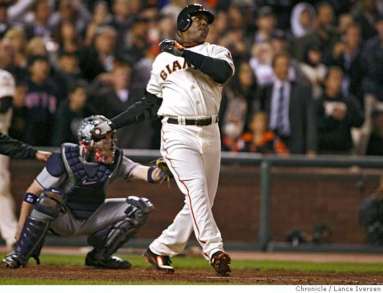 Now with Stanton at 56 homeruns and 10 games left in the season, we must look to the schedule and ask ourselves: Will Giancarlo get decent pitches for the remainder of the season?

Just like in 2001, pitchers have a tendency to pitch away from players on the precipice of a major milestone to avoid being “That Guy.” Letting up Stanton’s 60th homerun will certainly earn a pitcher that label, but more importantly is the teams that the Marlins have left on the schedule.

The Diamondbacks are on the brink of clinching the first NL Wild Card and can clinch a Playoff Berth this weekend with a series win over Miami and a Brewers loss. After Arizona, Miami moves on to Colorado for another 3 game set. Colorado is fighting for that 2nd NL Wild Card, holding a slim 1 game lead over

Milwaukee and 2.5 game lead over St. Louis. I would be surprised if Giancarlo gets anything that he can turn on throughout that entire series as the Rockies simply cannot afford a loss at this point in the season. And with the series being in the launch pad known as Coors Field, the Rockies’ pitchers will not be taking any chances with Giancarlo.

Lastly the Marlins host the Braves for the final 4 games of the season. This is the only series in which I can see Stanton getting some decent pitches to hit. However, if he gets to 59 before or during this final series then expect to see the Braves pitchers backing off on their approach in Stanton’s final at bats of the 2017 season.