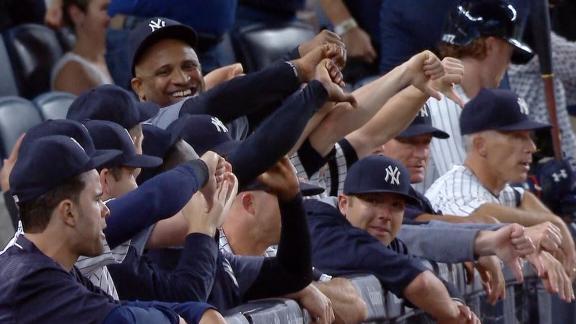 Aaron Hicks OF (if healthy)

(Clint Frazier or Jacoby Ellsbury) depending on Starter

(Bird or Holliday) depending on Starter

Notable Omission from this Line-up is hot hitting Jacoby Ellsbury, his inconsistency shown throughout the year makes it smarter for the Yankees to put in the Right Handed Clint Frazier in instead. Another big batter in is Holliday over bird, this is just another matchup based play and Holliday is known for his Playoff Magic.

Jacoby is now in for Frazier and Bird in for Holliday. The big part of this Line-up though is that Ellsbury is batting second. He’s been hitting towards the bottom of the order during his hot streak but if he satys hot he and Gardner could become that dominate 1-2 punch they were 2 years ago again.