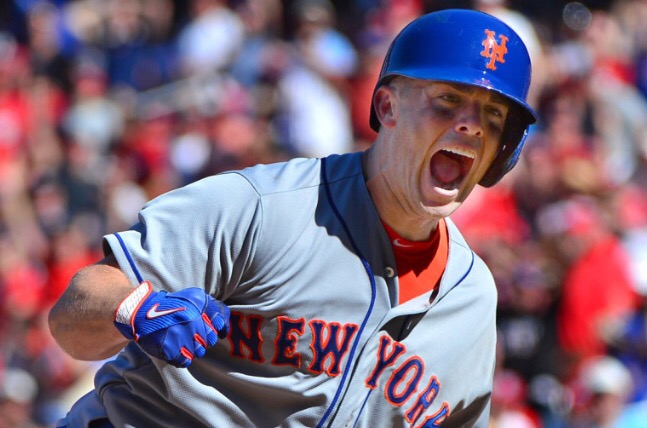 Everyone in Met land is well aware of the situation going on with David Wright and his terminated rehab stint recently.  I like everyone else was not very surprised by this news and also like everyone else I was left to ponder what is in store for David Wright’s future.  I heard some good ideas tossed around on the radio the other day.  One decent idea was offer him the managerial job considering maybe his playing days are over but his influence on the team is constant and he knows how to handle the media as well as anyone so maybe that would be a good fit.  I personally do not think with this specific team looking at it objectively he would be the right fit but I must admit I would love to see it happen for David if that was what he wanted to do.  As a side note, I think when you have a team with this talent who underachieved and next year is going to have expectation to win it would be hard to thrust a first year manager of any kind into that mix.  So whether David would be a good manager or not I am not saying, I think he would be good, I just do not think it would be a good fit team wise but anyway not a bad idea.  Another idea along the same lines would be offer him a front office job as a special assistant.  I like this idea as he would defiantly be a good sounding board for Sandy Alderson and staff as to what a team needs from inside the dugout out instead of the other way around.  I also think he would be a good guy for recruiting free agents to sign here.  This article however is not about the good ideas for David Wright’s future it is about 2 things that have come up that have bothered the hell out of me as a human being, one is baseball related, one is society related.

1)  The idea David Wright should just retire already, enough is enough-  Anyone who says this in this way should examine themselves in the mirror long and hard.  It is one thing if  you are concerned for his long-term health and do not want to see him cripple himself.  Unfortunately though the people saying this about .01 percent of them care about that. What they care about is him taking up payroll and the Mets not signing a third baseman due to his presence.  How selfish are we as people that we have a guy who has given everything to this team and city that he has to offer and are more concerned about payroll and the roster.  This guy is a ball player, this is his life and due to injuries his life is being stripped from him at the age of 34.  Does anyone saying just retire realize how hard that is for this guy on an emotional level.  Let me take one of the most important things from your life away  would just sit back and take it ?  The idea of telling someone to just give up on his dreams and aspirations and a part of his life is a loser’s mentality.  He should not give up and I hope beyond hope this guy makes it back and goes out on his own terms like he deserves.  We should be applauding a guy like David Wright for his desire and drive to not give up and keep going when everyone and everything is saying he should pack it in.  I have heard people say he has made enough money what does he care ?  I have heard people say it is embarrassing for him to keep trying.  To those people who say that I feel sorry, clearly they have no passion in life and are just going through the motions.  They can not understand that this is about a man’s passion for a game that has given him and his family so much.  It is about a love for something that runs deep and no amount of money can replace it.  We should all be encouraging our kids, our peers, our family to be like David Wright not criticizing him for trying.  You have never heard this guy make an excuse he just keeps working and working.  None of us see the time he spends trying to get back and the pain both physically and mentally he is going through daily.  I have had 2 back surgeries myself and some days getting out of bed is a chore but days when I start to feel sorry for myself I think of David Wright and the fact if he can keep working to come back to being a professional athlete with his injuries I sure as hell can deal with whatever I am feeling.  So the next time you are talking about David Wright instead of saying he should just hang it up and give in, lets all take a second to appreciate this man’s passion and drive and spread the message of never giving up because that is far more important than the Mets Payroll or whether we sign a guy like Mike Moustakas to play third base next season.

2) Should the Mets Retire number 5 ?- The Mets do not retire many numbers as they have only 4 numbers retired as we speak.  The fact this is even in question bothers me.  The #5 should be the next number to be retired no question about it when that time comes for David Wright.  He has earned it both on the field and off the field.   On a baseball side he is the most productive Met player in franchise history.  He has bascially all the Met offensive records and was on a Hall of Fame career path before injuries derailed him.   On a personal level he has never let down the fans or organization off the field and has been a class act through and through.  A guy like David Wright deserves this honor because while his career may end soon and he may never play another game for the Mets he has done everything a captain and the face of a franchise could have done.  So whenever the day comes that David Wright decides it is time to retire the Mets should be ready to have David Wright Day and get that number retired.

All in all nothing would make me happier than David Wright coming back and having a role in this team winning a World Series.  If that does not happen I just hope a guy like David Wright knows that while his effort to come back to baseball did not have an impact on the game and the Mets directly, he sure as hell has had a impact in my life and I am sure many others including his teammates.