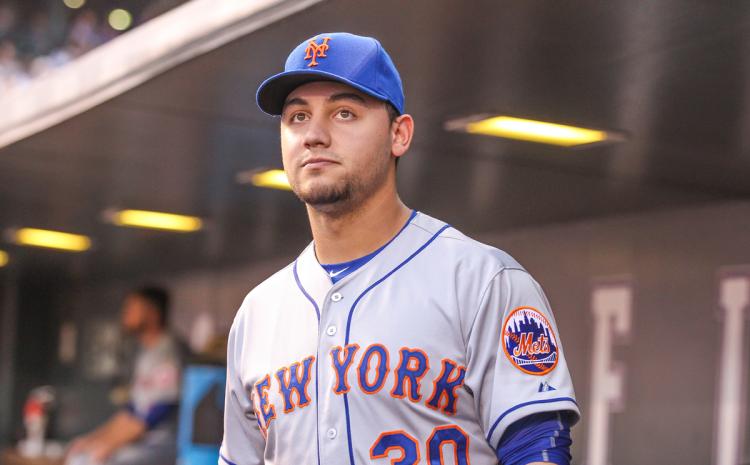 Michael Conforto departed today’s game with a right shoulder injury. Conforto was injured swinging at a 2-0 pitch with runners on first and second with two outs in the bottom of the 6th inning.

The way Conforto dropped down it looked as if he had been shot. Actually, knowing the Mets, Conforto may actually been shot. Unreal.

In all seriousness, it looked like Conforto dislocated his shoulder on the swing. He immediately grabbed it for support and was not moving it as he walked off the field.

This has been a terrible season for the Mets, a down year of epic proportions. Injury after injury continues to add up. Not to mention they lose almost everyday now. I mean look at the four guys who started this week against the Diamondbacks.

The Mets just played a four game series throwing out Chris Flexen, Tommy Milone, Rafael Montero and Robert Gsellman. Are you kidding me with that?

The lineup is basically a glorified Las Vegas 51’s team.

Maybe the Mets should just relocate and leave Flushing and move to Port St. Lucie full time since the majority of the roster spends their season there anyways.

Just another day in the Mets universe.

Only one thing left to do now: