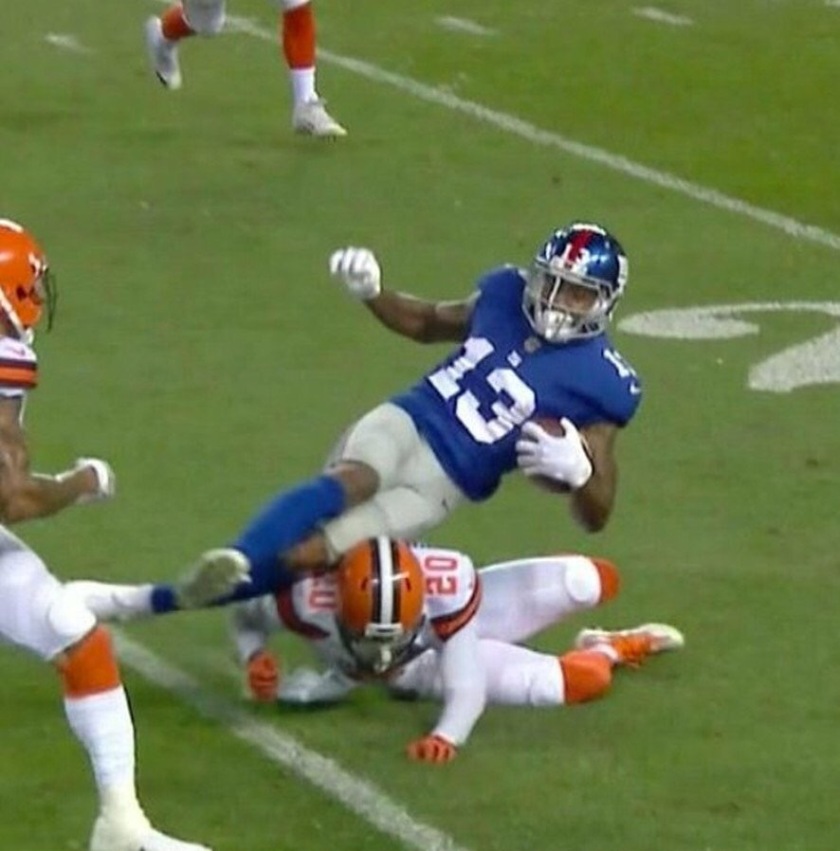 Okay, I’ve had enough with this garbage. I’ve been on twitter all day after Odell got hurt and it’s insane what I’m reading. It really is.

I just want to put it out there. Was the hit on Odell legal? Sure. There is no rule in the NFL saying you can’t do it. Was it clean? No hit in the NFL is clean. But it’s the preseason against arguably the top receiver in the league. Yes, the DB who hit him didn’t maliciously do it, I know that, but you can see why there is uproar and outrage by it. If it was Antonio Brown, or Tom Brady, or Julio Jones or Aaron Rodgers who got hit like that, there would be uproar too.

But because everyone loves to hate a man who tirelessly puts in so much work, heart and dedication in what he does, Odell will get national headlines about getting hurt and what he did afterwards. This is what this country has come too. Hate on someone who loves what he does and is striving to be the best with no record, no arrest warrant, no off the field issues. Yeah, let’s hate this guy. Seems fair.

So we have Skip Bayless and Colin Cowherd on their national Tv and Radio show talking about Odell. And I swear, people can’t be this dumb in life. They have to use it to get views or listeners. That’s the only thing I can think of.

Look at it here. 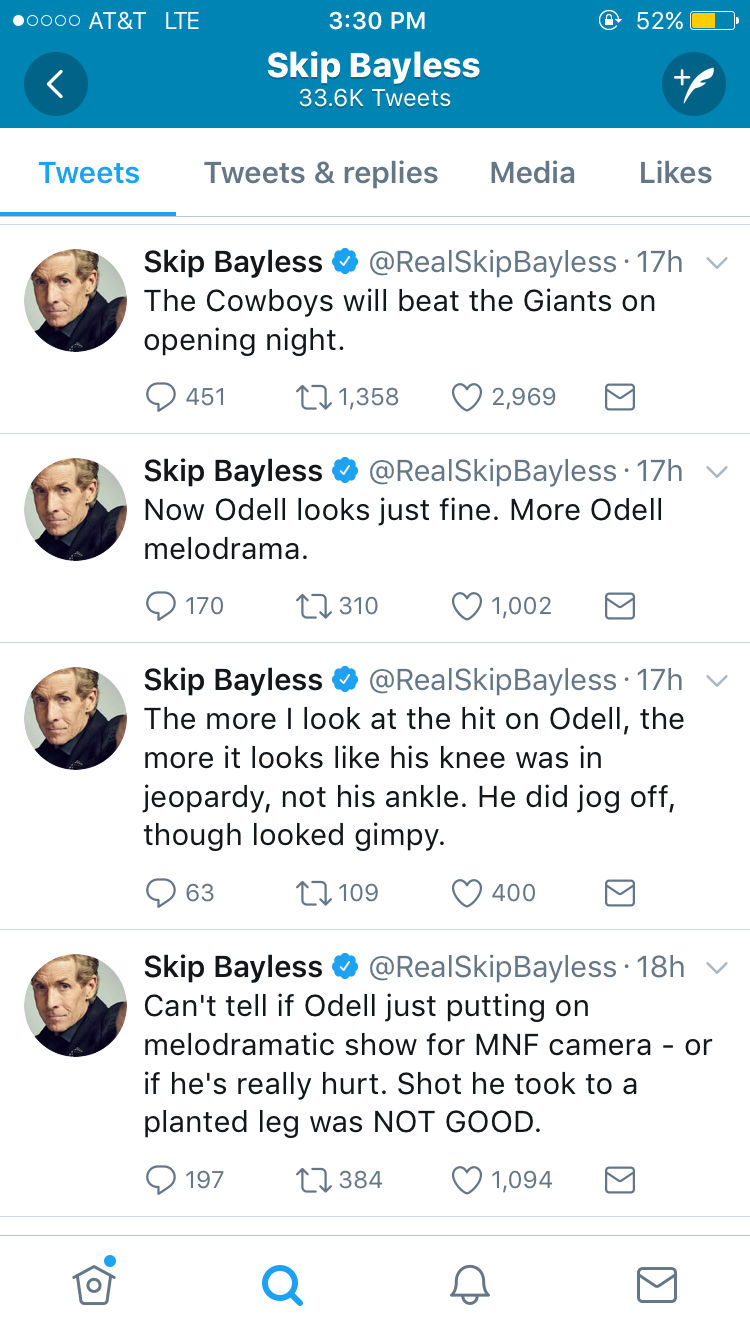 I swear people aren’t that dumb.

Do people ACTUALLY think that Odell was putting on a “show” for being hurt? Has anyone sprained their ankle before? It hurts like a bitch.

And in my opinion what Odell did was being a leader. After he got hot in the leg, he stayed on the ground for a second, got up and started moving around and walking. Then he started running off the field into the locker room. Showing his teammates, the fans and the coaches that he’s fine, don’t worry about me, continue the game. I’ll be fine. Instead of limping and being carried off, he ran under his own power. On a sprained ankle! That freaking hurts.

So when he got into the locker room, that’s when he fell to the floor. Shame on ESPN for having the camera in there but I guess they have to cover Odell and his injuries to save their terrible business.

Odell fell to the floor when NO ONE was around him. No teammates, no fans, no coaches!!! Is he not allowed to be in pain?! You’re telling me he knew the cameras were right behind him?!? The Giants actually announced that he HAS a sprained ankle. It’s not fake. He actually is hurt!! Is he not allowed to be hurt?!?! How in the world is that a “look at me guy”? Doing something in private is a “look at me guy”? Really?! If he was a “look at me guy” he would be rolling around on the ground when he got hurt. No, he jogged off the field and fell to the ground when he got to the locker room. If it wasn’t for MSESPN (shoutout Clay Travis) this would be a non issue.

And especially the fact that Skip tweeted it that Odell looks fine when he returned to the sideline. Is he supposed to look hurt Skip? To show his teammates weakness?! I don’t get how dumb these people are. Yeah, a sprained ankle can be wrapped up and walked on within 20 minutes which Odell had. But no, Skip wants Odell to show everyone that he’s weak and in pain.

Again, if he had no injury, and he did all of those fine I get it. But he actually has a Sprained Ankle!! He actually is hurt!!

Colin Cowturd and Skip Bayless are just idiotic people who have no right talking about sports. Let alone give them national headlines.

And shame on Browns fans who booed Odell as he got hurt and jogged off the field. Shame on you, you low level, pieces of garbage who have 3 wins in the last 3 years.

It’s time to stop putting so much hate on a man who is the best at what he does and doesn’t cause any controversy on or off the field. Especially off the field. These people should be looked up too not torn down. But that’s what these sports media people will let you believe. That Odell Beckham Jr is a bad guy but Colin Kaepernick is a hero. Unbelievable world we live in.