So, as previously stated on my twitter account, I’m watching Friday Night Lights for the 28th time (maybe more, I really don’t even know). It is literally the best show to air on TV, and really, there isn’t a close second.

Dramatics, story line, heartbreaks, family, football, this show has everything. Peter Berg did a helluva job making this story come true, the characters were phenomenal by allowing the viewers to feel like they were apart of this small town of Dillon, Texas.

But the real question is, what happened to all the characters after the show finished? Somewhere out there, Dillon, Texas is a real place and we need answers on what Tim Riggins, the Taylor family, Vince Howard and all the rest of the characters are up to. What ever happened to everyone after we saw Coach Eric Taylor and Tami Taylor walk off the football field in Pennsylvania?

Well, as I was sitting at work and watching Friday Night Lights during my lunch break, thoughts were flying to my head. One thought after another, and boom, just like that, they started connecting. And I’ll tell you what, I’m pretty sure I came up with a bullet proof, blood bank guarantee, on exactly what all the characters are up too. And this makes all the sense in the world.

So let’s just get right into it…

The End of the Series

So as we all know, the Taylor Family moves to Philadelphia so Tami Taylor can be the dean of students at Braemore college, Tim Riggins is building his dream house on the land he bought, and the Dillon Panthers and East Dillon Lions formed a “Super Team” with Vince Howard at Quarterback. But does anyone really believe that that’s where it ends? Do people believe that Coach Taylor is coaching in Pennsylvania the rest or the life? Or the Taylor’s stay in Philadelphia the rest of their lives? Also, Vince Howard has to go to school somewhere, right? Obviously.

So that’s where we’re at. Tim Riggins is living his American Dream on his land, the Taylor Family is in Philadelphia and Vince Howard is playing on the Super Team.

The Year after the Series Finale

Let’s focus on the Taylor Family and Vince Howard. In reality, Tim Riggins finished his house, he’s living there comfortably and he’s working full time at Riggins Rigs (which is doing a lot better than expected).

The Taylor Family is living in Philadelphia full time now. Fast forward  a year and Tami Taylor is absolutely killing it at her new job as the dean of Braemore College. In one year, she has help the school make an amazing turnaround and the university becomes a very respected school, both educationally and ethically on the East Coast. She is constantly being praised for her amazing year, as the application rate of incoming students doubled after Tami’s first year.

Coach Eric Taylor is coaching at the nearby high school, the Pemberton Pioneers and what a steal for the Pioneers. Pemberton had the greatest high school football coach on planet Earth fall right into their laps. Lets be honest, Texas High School Football is a lot more difficult than Pennsylvania High School, and in Texas Coach Taylor won 2 state championships in 5 years. That’s incredibly difficult to do. So you can imagine that in his first year at Pemberton, Eric Taylor leads his team to a State championship. Now his third title in 6 years. 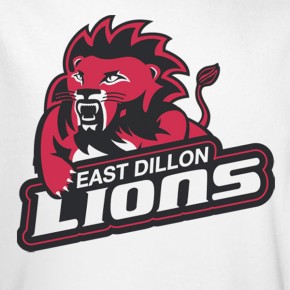 Now onto the Dillon Panthers and the “Super Team”. The East Dillon Lions program was shut down and the Lions players all went to the Dillon Panthers forming a “Super Team”. Meaning all the players from the Lions state championship steam joined the Panthers except Luke Cafferty and obviously, Coach Taylor. The season starts off shaky for the Panthers as the Lions players are having a State Championship “hangover”. The Panthers start off 2-2 but they win every other regular season game as Vince Howard gets on fire. However, they DO NOT win a State Championship, In fact, they don’t even make the title game. The shaky start, the loss of Coach Taylor and the “hangover” from last years title game was to much to handle and the Panthers lose in the State semifinals. The Super Team fell short of expectations without their leader.

Vince Howard graduated from Dillon High School, winning a state title with East Dillon his Junior season, and easily, one of the best quarterback recruits in the country. Everyone under the sun offered Vince Howard a scholarship, but it came down to 4 schools: TMU, Oklahoma Tech, Alabama and Mississippi Central.

And Vince Howard decides to attend…

Okay, I know before you say in “Season 5, Episode 10” Mr. Howard receives a phone call from OklahomaTech saying they offered the scholarship to someone other than Vince. But guess what? That was Vince’s junior season, during a real rough patch in his life, in which he was just suspended for a game. After a stellar senior season at Dillon and amazing behavior and leadership on and off the field, Oklahoma Tech comes calling again because Vince and Oklahoma Tech are a perfect fit. Let me explain why…

For starters, Vince is an athletic quarterback, with a big arm, great speed and likes to score touchdowns. Hello, Oklahoma Tech. OK Tech, as stated in the show, was the number one ranked offense in the Big 12. That means they put up a lot of points, in a short amount of time. A perfect system. Also, Oklahoma and Texas are not that far away so his mom can see him play in college. The final reason why Vince chooses OK Tech? Remember how excited he was when he took his “unofficial” visit? He looked like a kid on Christmas morning. Every kid should feel like that when they commit to a school.

We’re focusing a lot on Vince and the Taylor’s right now because this is the foundation. I promise, we will get to all the characters very soon. But this is were things get WILD.

Vince Howard is thrown into the starting quarterback position at Oklahoma Tech after the team starts 2-4. Vince becomes the quarterback and the team doesn’t do to well. The team finished 4-8, the Head Coach is fired after a terrible season and Vince is frustrated. He’s frustrated about the fact he didn’t start right away, he’s frustrated he’s not the star of the team yet, and he’s frustrated that the team only won 4 games. But with everything there is always a plan.

Tami Taylor has now completely turned around Braemore College and the school is absolutely thriving. The school is one of the best schools on the East Coast and Tami is praised again as a great intellectual leader. Unfortunately, Oklahoma Tech’s education has taken a drop and they need a turnaround.

Tami Taylor gets the call from Oklahoma Tech and they offer her the job of dean of the university. She accepts the offer, after all she’s done everything she could for Braemore and Tami LOVES a challenge. (Let’s be real, the Taylor’s are not East Coast people. They are down South people and don’t belong in Pennsylvania). Tami is up for the challenge and she becomes the new dean of Oklahoma Tech.

But guess what? Before Tami accepts the job, the Pioneers play another season and this team doesn’t have a State championship “hangover”. Coach Taylor leads the Pioneers to their second straight State title, his 4th title in 7 years. 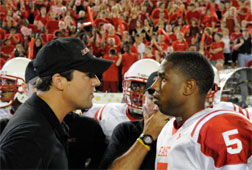 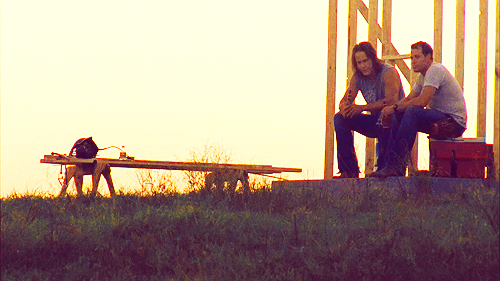 Finally!! We get to Tim and Billy Riggins.

What are the Riggins up to now?

But remember how it was mentioned before that the Dillon Panthers ‘Super Team” lost in the semifinals? Well, after that all the players graduated and the next season was a disaster. The head coach of the Panthers is let go and they need a new head coach.

Now, most people would think that would be Tim Riggins, and they’re sort of right. But in reality, Billy Riggins is hired to be the head coach. Think about it, he played under Coach Taylor, he coached with Coach Taylor, he’s been an assistant coach for 4 years and did a great job coaching Luke Cafferty. He’s the closest thing the Panthers are going to get to Coach Taylor. Usually the Panthers hire from within and Billy makes perfect sense.

So, who does Billy hire as a top assistant? No other than Tim Riggins. The Riggins brothers lead the Panthers back to relevancy and back to winning state championships.

And now, every great Panther to play at Dillon has a free scholarship to play at Oklahoma Tech due to Coach Taylor being the Head Coach. 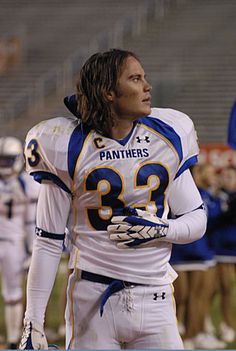 Tim is killing the game. Obviously, he is coaching at Dillon (dominating), Riggins Rigs becomes a huge success but what about his personal life?

Well, it’s the same story on how it ends. Tyra and Tim sit on his unfinished house, thinking about their futures. Well, Tyra comes back to Dillon after college, becomes a guidance counselor at Dillon High School as Tim is coaching the Panthers and her and Tim build a life together.

Conclusion (Filling in the rest of the characters)