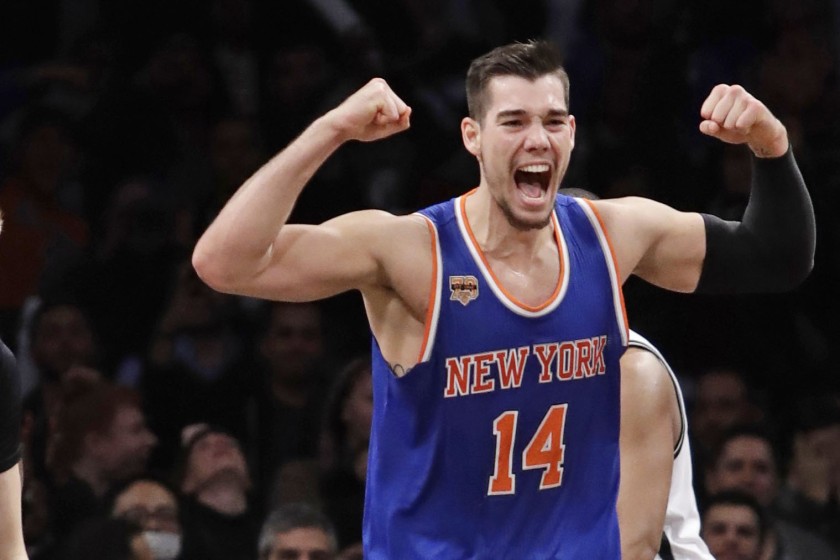 Willy Hernangomez was a bright spot for a Knicks unit that finished with the 7th worst record in the NBA season.

Hernangomez, a rookie second round pick from the 2015 draft, became a significant role player with the Knicks last season and became a starter down the stretch.

Hernangomez was awarded first team all rookie for his efforts. He displayed a strong ability to finish around the rim, showed he can shoot a bit from the perimeter (attempted 15 three point attempts and made 4), a solid free throw shooter at 72.8%, a strong rebounder (nearly 14 rebounds a game per 36 minutes and a willing passer from the center position.

Hernangomez  profiles as the ideal 5 man to pair next to Kristaps Porzingis. The duo form a very young and talented front court.

The Knicks should expect even bigger numbers from Hernangomez in year 2.

And by bigger numbers, Hernangomez should replicate his numbers he had as a starter last season compared to being a reserve.

That type of production will go a long way for the 2017-2018 New York Knicks. Expecting Hernangomez to replicate those numbers with a slight increase in production should be a feasible expectation for the second year center.

Hernangomez should easily double if not triple his double-double total of 11 last season.

He likely won’t play 30 minutes plus a night as the Knicks may not to overplay and expose Hernangomez for that many minutes at the level he is now.

However, Hernangomez proved he is a starting caliber player in the NBA and will be a key factor for the Knicks now and going forward. If Hernangomez continues to impress and progress his game each year, the Knicks will have their starting front court set for the next 7-8 years.

A stat line of 12.5 points, 9.6 rebounds, 2.1 assists in 28 minutes of action per game is what Hernangomez benchmark be for next year.

*All stats used from basketballreference.com

*For more things NBA check out OFF THE GLASS at www.otgbasketball.com/