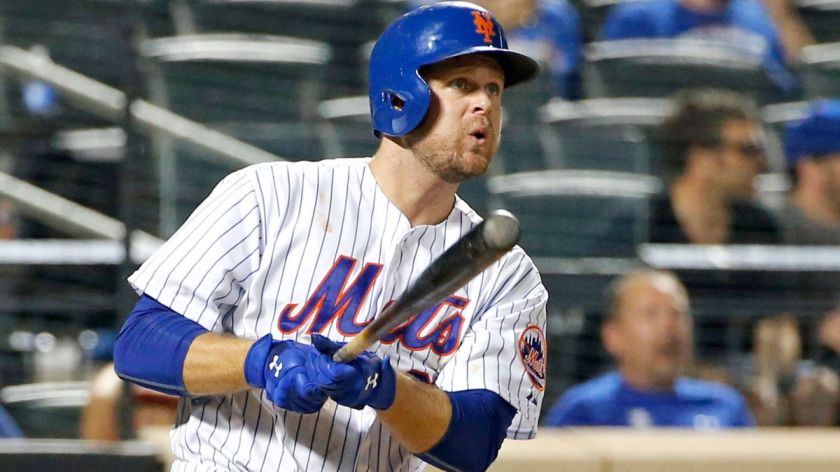 The Rays are taking on all of Duda’s salary, about $2.5 million, according to ESPN’s Buster Olney.

Rays manager Kevin Cash said Duda is expected to be in the lineup Friday as the designated hitter. (ESPN.com)

A solid trade that might be overlooked. At first it looks as if the Mets got ripped off because they didn’t get a whole lot for Duda but in reality this was a solid trade for both teams and let me explain why.

The Rays are right in the middle of the playoff push, looking to secure a playoff berth for the first time since 2013. The Rays need that big bat in the middle of the lineup and that’s exactly what they get with Lucas Duda. Duda can be a solid DH for the Rays and focus on hitting for power, but he is a decent first baseman that the Rays can use if needed. So Duda is in a perfect situation in Tampa Bay that he will be in the lineup constantly.

Duda is batting .247 with 17 homeruns and 37 RBI’s in 75 games. The RBI’s are low but the homeruns are a solid number and Duda is a type of player that when he gets hot, he stays hot and for a while. Duda ranks 7th all time in the Mets all time homeruns list. Duda has the power and is a big bat the Rays need to make the extra push into the playoffs. Especially the fact that Duda was a big part in the Mets 2015 World Series run, so the push to the playoffs and the playoffs experience can play dividends to a young Rays team.

I understand the Mets fans frustration because we could’ve got more for Duda, but in reality, could we really? Like Duda is a nice player, but no team is really going to sell their best prospects for a rental player? Duda’s contract is up at the end of the year and he’s going to look for a big contract with a lot of money, so there is no guarantee he is resigning with the team is traded to anyway.

And, it’s not like the Mets got absolutely nobody in return. The Mets acquired Drew Smith, a relief pitcher who is the #30 prospect in the Rays farm system. The biggest weakness on this Mets team is their bullpen and adding a bullpen arm is a solid move. Especially a guy who is only 23 years old, has a career 1.60 ERA in the Minor Leagues and can top out as 98 MPH on his fastball. He will report to AA Binghamton but will be in the Majors sooner rather than later.

Also, the Mets top prospect, Dom Smith will be in the majors relatively soon now. Smith is the future first baseman of this team and he’s batting .337, with 15 homeruns and 68 RBI’s this season so far in AAA Las Vegas.

This is a solid trade for both teams. The Rays get the big bat they need in their lineup and the Mets get some salary cap relief, get a future reliever to sure up the bullpen and allow an easier path to the Major League for their young stud of a prospect.