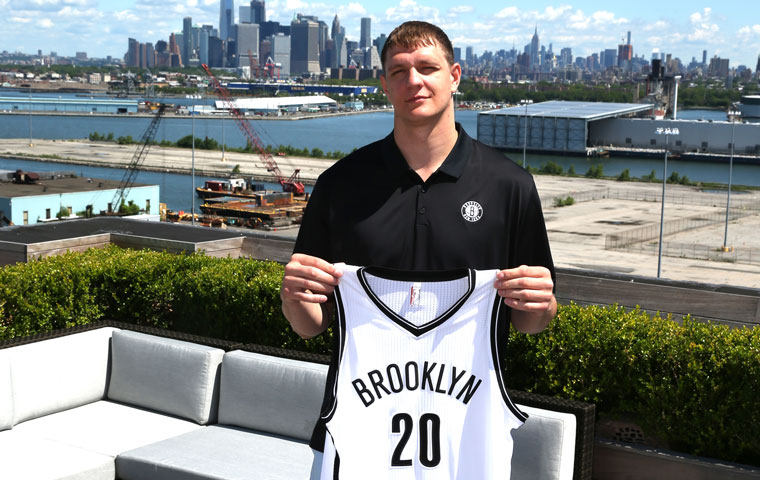 Ok, so we know that is not going to happen, but Timofey Mozgov has a new home with the Brooklyn Nets and for at least the beginning of the year, should have the starting center job while rookie Jarret Allen develops.

While he is no world beating talent, he has always been a capable defender and an effective shooter, as shown by his career 53% clip.  Mozgov will most likely only start the first half of the year, but his presence will be known throughout its entirety. Not to mention his previous experience will be great for helping the younger players develop. Many people look at his run with the Lakers as a failure, because he got paid so much money and didn’t produce. However, it was more along the lines of his style of game not fitting into the Lakers system. During the beginning of the year when the Lakers were playing at an above average level, Mozgov and Russell were healthy and running pick and rolls at a very effective rate. So those 2 being traded together is a big deal, since it will give them a little familiarity and not a feeling of being alone on a new team. So look for Mozgov to play 22 to 28 minutes a game, while scoring about 9 to 11 points and also average 6 to 8 rebounds with some solid defense. Some people will look at this as a big drop off from Brook Lopez, but the scoring that will be lost will be picked up by others and Timofey will not be afraid to go get rebounds, as it sometimes seemed like Lopez was.

So while it is unlikely Timofey Mozgov will win the Most Improved Player of the Year, very may well be one of the most important parts in improving the Brooklyn Nets.