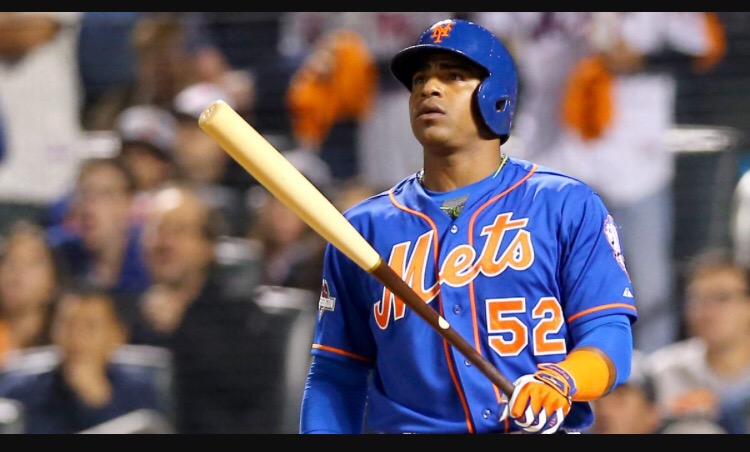 For the first time since April 27th, Yoenis Cespedes will return to the Mets starting lineup.

Cespedes has been dealing with strained left hamstring that has cost him a majority of the year.

He will start in left field and bat third

There was a report earlier today that Cespedes is still not a 100% healthy.

Typical of the Mets to put their star player out there possibly for he’s ready.

Cespedes has already suffered a set back once in his rehab and running on a strained hamstring that’s not 100% is never good.

However, this season has been nothing short of a disaster. Might as well throw him out there and see how he does.

Worst case: he blows out the hamstring again and shuts it down the remainder of the year. Season is probably done anyways so nothing really to lose.

Best case: he provides a spark and some positive energy of hope to a team that looks defeated. Maybe Yo goes on a terrific run and carries the team to stretch where they win 14 of 20 games to make it a competitive year again.

In a season filled with so much negatively anddownward spirals, I am going to try and enjoy watching he teams best player return to the field.