Brian Bowen has finally made his decision and it’s about damn time.

The McDonalds All American and the 18th best recruit in the nation, according to 247sports, is going to play in the KFC Yum Center and for Rick Pitino.

This is a huge get for Louisville as you can see they are already ranked in the Top 10-15 range in Wingspansports way to early top 25.

With Bowen committing to Louisville, the Cardinals should move up in those ranking and could possibly see themselves firmly in the top 10 to start the year.

Louisville loses Donovan Mitchell to the NBA draft, but they retain PG Quentin Snider, SG Deng Adel, transfer Dwayne Sutton and now the 5 star power forward recruit in Brian Bowen, the Cardinals are in prime position to compete in the ACC, yet again.

The Cardinals are also bringing in the 9th best recruiting class, before Bowen even committed, to Louisville. 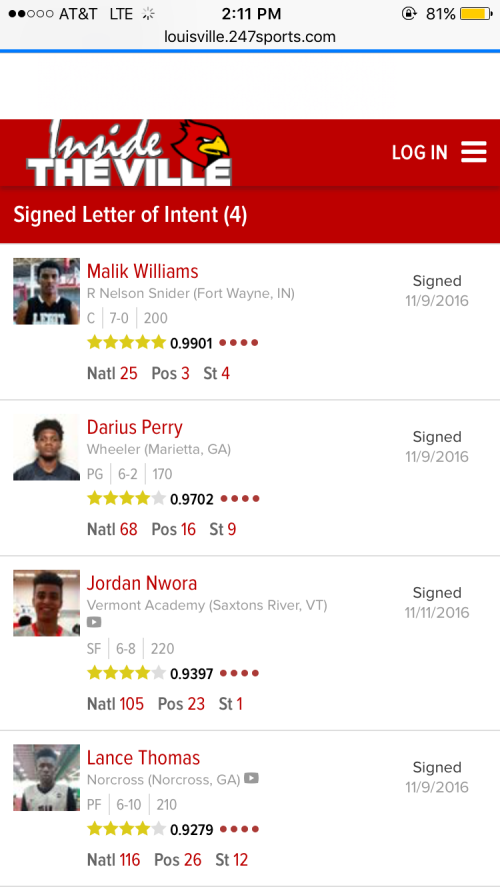 The Cardinals are for sure a favorite to compete in the ACC and with Bowen committing to Louisville they have a shot at making a deep run in the to  the Cardinals have depth, talent and experience to get the job done. I expect a big year for the Cardinals.
Twitter: @joeryan1621