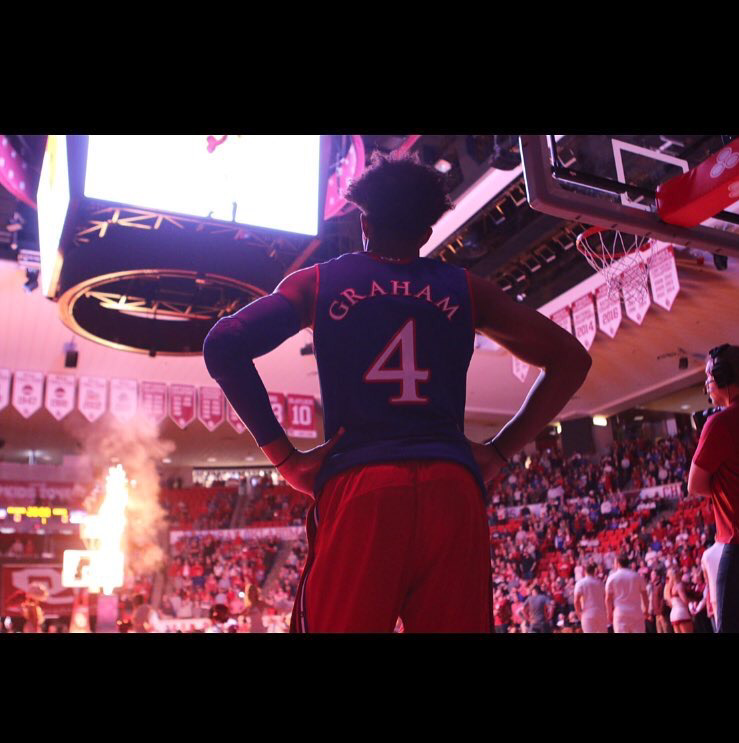 College basketball season is upon us. So let’s look at the Kansas Basketball non conference schedule and predict some games!

So here we go.

Kansas vs Pittsburgh State (October 31st): First exhibition game of the season. It doesn’t count but it gives Kansas the first opportunity to step on the court as a full team against another opponent. Kansas wins by 40+

Kansas vs. Fort Hayes State (November 7th): Second exhibition game of the season. Kansas plays Fort Hayes every year. It’s a good way to start the season even though it doesn’t count. Kansas will win by 40+

Kansas vs Tennessee State (November 10th, Lawrence, KS): This is what we’ve been waiting for all offseason long. Finally, the first game of the year. The Tigers finished 17-13 last season and 4th in the OVC. This is a great tune up game for the Jayhawks before Kentucky. Weird to say for first game of the year but it’s a tune up. Kansas wins by 30.

Kansas vs Kentucky (November 14th, Chicago IL): The first marquee marquee game of the year is always the second game of the year for the Jayhawks as they always participate in the Champions Classic. This year is going to be a battle. Kansas really does not fare well in the Champions Classic, only winning once against Duke in 2014. However, Kansas has beaten Kentucky twice in 2 years and Kansas is much more experienced than UK. That’ll be huge in a November game. Kansas wins by 4.

Kansas vs South Dakota St. (November 17th, Lawrence, KS): The Jackrabbits made the tournament last year after getting hot at the end of March. This will be a good and easy game for Kansas after the heavy weight matchup vs Kentucky. Kansas wins by 21.

Kansas vs Texas Southern (November 21st, Lawrence, KS): The first game of the Hoophall Miami Invitational. Another cake walk for the Jayhawks. They should have no problem. Kansas wins by 27.

Kansas vs Oakland (November 24th, Lawrence, KS): The schedule doesn’t get a whole lot harder here. Another home game for the Hawks as this is the second game of the hoophall tournament. Oakland did well last year posting a 25-9 record and defeating Clemson in the NIT first round. Closer game, but still double digits here. Kansas wins by 14.

Kansas vs Toledo (November 28th, Lawrence, KS): The third game of the tournament and it’s easier than the Oakland game. Toledo was .500 last year and Kansas is now rolling through this non conference tournament. They win this game by 30.

Kansas vs Syracuse (December 2nd, 2017, Miami): The final game of the tournament and this will be a good game. Syracuse won’t be as good this year as years past and Kansas is still just as good. But how will Kansas shoot over the 2-3 zone. If Kansas can’t shoot well during this game than Syracuse can for sure pull off the upset. They still have a lot of talent and a hall of fame coach in Jim Boeheim. Kansas wins by 7.

Kansas vs Washington (December 6th, Kansas City, MO): The first game in the Sprint Center this year. Kansas will face Washington. Washington lost a lot of players, especially after the firing of head coach Lorenzo Romar. Those players were headlined by Michael Porter Jr, the number 1 player in the class who now is committed to Missouri. This would’ve been a good game but now not so much. Kansas wins by 15+.

Kansas vs Arizona State (December 10th, Lawrence, KS): Sam Cunlifee misses a chance to play his former team by a couple days due to him being ineligible until after Christmas because of transfer rules. Carlton Bragg returns to Kansas but can’t play due to transfer rules too. Kansas will overpower ASU, as they don’t have the talent to compete with Kansas in AFH. Kansas wins by 12.

Kansas vs Nebraska (December 16th, Lincoln, NE): The first true road game for the Jayhawks as they usually do one of here right before conference play. However, this is the first time in a while they’ll be playing a power 5 team in the road in non conference. This is the second part of the home-home series as Kansas won last year at AFH. They do the same this year as Devonte Graham has a huge game. Kansas wins by 17.

Kansas vs Omaha (December 18th, Lawrence, KS): KU will start this game slow after having a short turn around from last game. Doesn’t mean they’ll end slow. Bill Self and the Jayhawks take a 7 point lead into halftime and then come out on fire in the second half winning by 24.

Kansas vs Stanford (December 21st, Sacramento, CA): Stanford will be much better than the last couple years but they’re still rebuilding a bit and will likely finish 4-5th in the PAC 12. This is another road game for Kansas even though it’s not played in Stanfords home stadium. It’s still a far travel for the Hawks and this is the game that Kansas might lose. But they won’t. But it’ll be close. Kansas wins by 6.

Kansas vs Texas A&M (January 27th, Lawrence, KS): The Big 12/SEC challenge is back in Lawrence. We won’t get UK vs KU because that happens in November, but A&M will do. They have a top 5 talent in Robert Williams. But this game is AFH and that will hurt A&M in the long run. Kansas wins by 12.
‘m not biased, I promise. There were 2 games I really was debating if Kansas is going to lose or not and those were the Kentucky and Stanford game. Both tricky matchups but I know I had Kansas winning every game, but I seriously don’t see the Jayhawks losing a game in the non-conference. And usually I hate picking my teams to win because I’m very superstitious. But I’m confident that this non-conference schedule is not that strong. If Kansas wins the Kentucky game, they can easily go undefeated in the Non-conference.