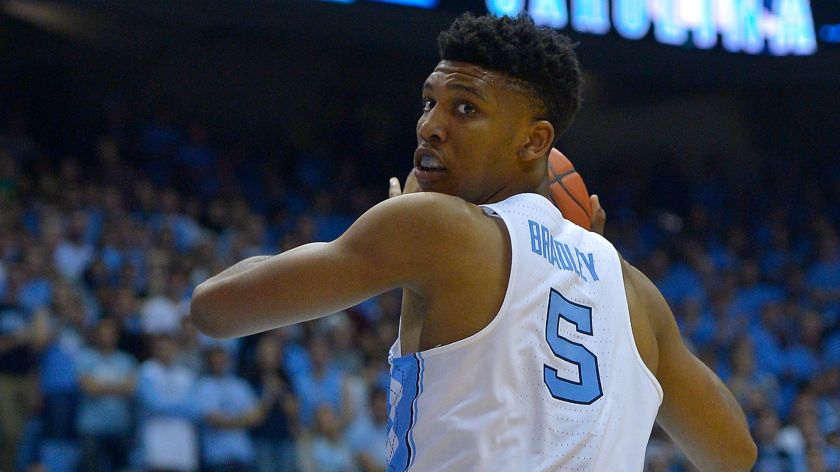 Tony Bradley has announced his decision to remain in the NBA Draft and will not return to North Carolina for his sophomore season.

Shams Charania of The Vertical was first to report the news.

This is a massive blow to the Tar Heels as North Carolina would have likely been a top 5 team in the country with Bradley’s return.

Can’t fault a player for choosing money and the NBA lifestyle over college and Bradley was an integral part of the Championship team this past year.

However, Bradley’s return would have given North Carolina another formidable lineup to defend their title.

Bradley had worked out for the Oklahoma City Thunder, Milwaukee Bucks, Portland Trailblazers, New York Knicks, Los Angeles Lakers and others during the combine. All these teams who will be selecting late in the first round or early second round where Bradley is projected to go.

With his announcement, Bradley becomes the first player since Brandon Wright in 2007 to declare after his freshman season for the NBA draft. Wright was selected 8th overall by the Charlotte Bobcats.

After the departure, Roy Williams will likely start Joel Berry as his point guard with Kenny Williams and Theo Pinson occupying the wings. Luke Maye will start at PF with Brandon Huffman or Garrison Brooks starting at Center.

Five star freshman Jalek Felton will be the teams 6th man and play a good amount of minutes off the bench alongside Seventh Woods.

North Carolina still has plenty of talent to compete in the ACC but Bradley’s return would have given them a significant edge.

Best of luck to Bradley as now UNC fans are to keep an eye on where Justin Jackson and Bradley will continue their basketball careers next.