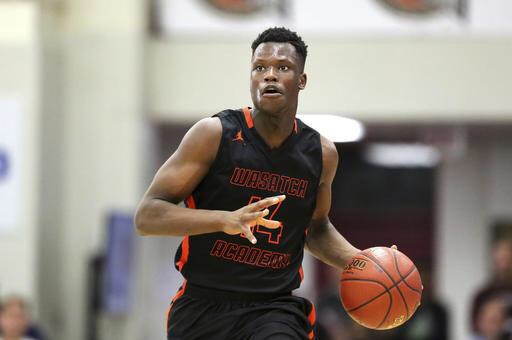 What a week for Sean Miller and the Arizona Wildcats basketball program. They are really pushing towards that first final four in the Sean Miller Era.

Akot stated “I chose to reclass because I know I’m ready,” Akot said. “I want to get better and I know I will get pushed everyday at Arizona. I’ll be on a really good team too so this is a great opportunity for me.” (Via Scout.com)

According to 247sports Akot was the 14th best recruit in the 2018 class and the 3rd best small forward. With the reclassification, the Arizona recruiting class jumps from fifth to third in the country.

Akot has a chance to start right away for the Wildcats as they were missing a true small forward position. For example the Wildcats can run out a starting lineup of:

Or the Wildcats can start other star freshman Brandon Randolph. Either way, Sean Miller has a lot of different lineups and situations he can mess around with because with Akot reclassifying it gives the Wildcats a lot more depth.

Akot is a kid with super athleticism, who plays with an extremely high motor and never seems to run out of energy. Akot likes to find his teammates off the dribble and is an underrated passer in the half court. Akot can also create his own shot with ease. With time and development Akot can turn out to be one of the better freshman in the country this year and absolutely strengthens and solidifies a strong possibility of a final four for the Wildcats.