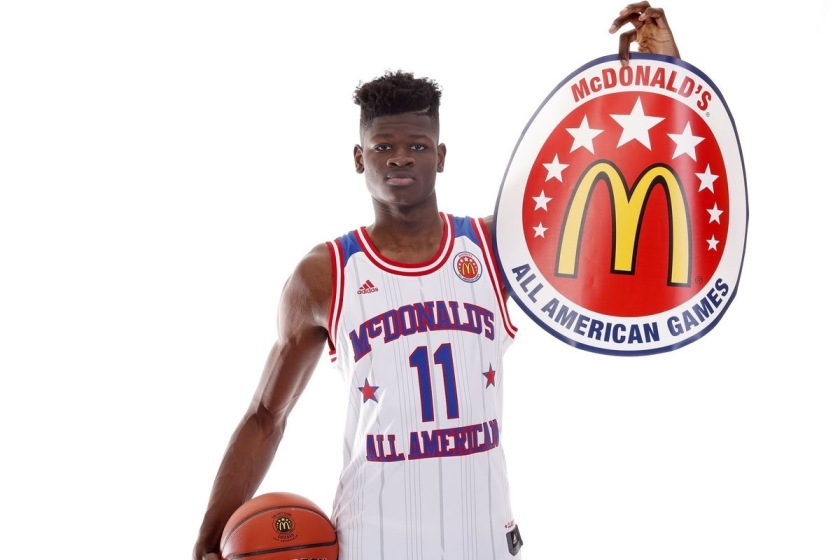 The #2 overall recruit according to 247sports, Mohamed Bamaba has officially made his decision. The 6’11” power forward is officially headed to Austin to play for Shaka Smart and the Texas Longhorns.

It was perceived that Bamba was headed to play in Lexington for Kentucky but he wanted to go to Austin and more power to him.

This is a big get for the Longhorns. Bamba will immediately be inserted into the starting lineup as he will replace Jarrett Allen, a likely lottery pick in the 2017 NBA draft.

After taking with Tony Patelis (@collegehoopnews on twitter, best college hoops news guy out there) this is a big get for Texas but not sold on the Texas roster just yet.

They are a talented bunch with players such as Andrew Jones (maybe), Kerwin Roach, and Eric Davis all returning. Talented returning players and they have a solid 2017 recruiting class. You can see the class below 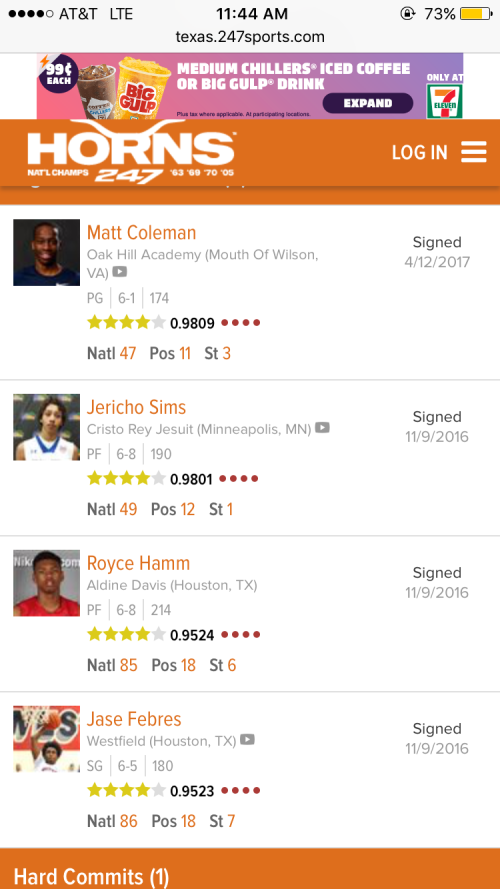 This is a see what happens kind of team for Texas. Bamba is a beast, they have solid players and the Big 12 is not as strong this year as years past. Shaka needs to coach this team well, and if everything breaks well they can finish in the top 3 in the Big 12. If not and the players don’t mature, they may be looking at another bad season in Austin.

However, Bamba is a real strong player. A little raw and needs time to develop but if developed correctly and quickly the Longhorns can make some serious noise.

In a profanity-laced Facebook video, the brother of Texas signee Mo Bamba alleges the five-star recruit accepted gifts and money from a financial advisor.

Ibrahim Johnson, filmed poolside without a shirt, says in the 22-minute video that Greer Love provided Bamba with vacations and other enticements in hopes of working with Bamba in the future. Johnson also said that Love tried to direct Bamba to consider certain schools, although he makes clear in the video that no money or benefits came from Texas. (Via USA Today)

I’m not even going to try and comment on this situation because it can be a complete and utter lie. It seems as if Bamba’s brother, a former Divison 2 player, is jealous of his brother. It seems as if he doesn’t want his brother to succeed and if he takes this to the NCAA and Bamba is investigated and found that he received improper gifts, this will seriously impact the Longhorns seasons and will not be as strong as they were supposed to be.

Also, I just wanna say that if Bamba’s brother knew he took money and went to the NCAA about it, what a jerk move by his “brother”. Like yeah, it’s wrong, but how wrong by his “brother”. Regardless, if he plays at Texas or not next year, Bamba will play in the NBA and when he makes millions of dollars I hope he cuts off his “brother” in his life. Just a dick move.