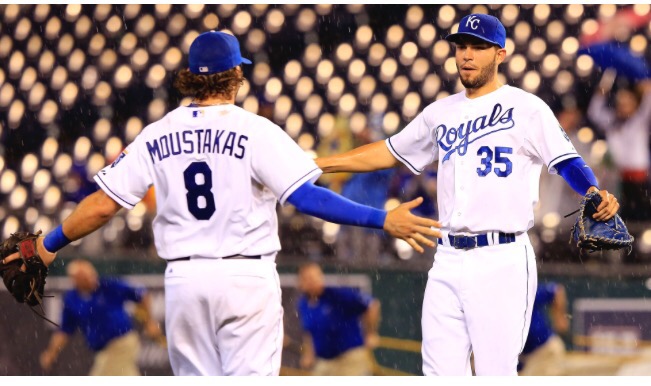 The Mets season right now is looking like a complete disaster.  The injuries this team has endured so far have been unreal and I do not know that they can survive it without some outside help. The Mets started with great depth and that is the only reason they are even close to 500 right now but guys are getting exposed and it is time for reinforcements before it is too late.

The Mets have some internal options that can help bolster the team but one way or another we need help and fast.  The key right now is to survive and stay in the race until our own guys come back.  Lets look at some options to turn this season around in part one of this post which will focus on the Offense.

Third Base-  One of the biggest problems this team has right now is we do not have a real third baseman.  Jose Reyes, Wilmer Flores, T.J Riveria have got most of the time at third base this season and while all three have done some positive things offensively for this team they have each killed us in the field and their offense does not make up for it.  Internally we do not have the answer at third so we must go get someone because David Wright is not coming back and Jose Reyes can not field the position and while he is hitting under 200 he is not cutting it at the plate either. Flores can hit but can not play third and that goes for T.J Riveria also.  In terms of prospects Gavin Cecchini can hit but his main issue is throwing so I do not see him being able to play third at the big league level.  Amed Rosario is our future at shortstop and I would not mess with him playing third base even though I am sure he can.  Other than Matt Reynolds the Mets do not have anyone else to even consider internally and Reynolds is not the answer.  Outside help is the answer so lets look at 3 guys who are options.

1) Todd Frazier-White Sox-  Todd Frazier is what he is, a power hitting third baseman who is not going to hit for average but can carry a team in short bursts when he is hot.  Frazier is not a gold glover but at least he is a real third baseman and a better fielder than any of our current options.  I like his fit on this team because of the fact in our lineup he would be hitting 6th or 7th and that kind of power down in the order is a huge plus even if he hits 220. The other nice thing about Frazier is he is a free agent after this season and on a White Sox team that will be out of contention so his price tag in terms of prospects should not be to high and if he sucks there is no long-term commitment.

2) Mike Moustakas-Royals-  Another guy who is a free agent after this season and on a Royals team that will be looking to unload some guys at the deadline.  His grinder mentality would be a welcome addition to this team and he is guy who has been part of winning teams.

3) Yunel Escobar-Angels-  Another free agent to be on a team floundering around and he has always been a guy who I have liked as a player.  He is not a star by any means but he is a guy who is a professional hitter who is going to hit near 300 and get on base.  He would solve not only the third base problem but is a guy who can bat leadoff for us so we can put Michael Conforto in the middle of the order where he belongs even though he has done a nice job batting leadoff.

These guys are realistic options who will not cost the farm to acquire or a huge chunk of payroll which is important because I want to save assets and money for other positions on this team.

First Base-  Lucas Duda can not stay on the field and even when he is out there he is only an average player at this point who is a liability against lefties.  Wilmer Flores and T.J Riveria are fine backups but there offense does not profile at first and their defense is far from adequate.  The good news for the Mets is this is one position they can fill internally with Dom Smith.  He is a top rated prospect who has not shown huge power potential just yet but profiles as a professional hitter and potential Gold Glove fielder.   He is one option and the most likely but here are 2 guys I would unload assets for including Dom Smith to acquire

1) Eric Hosmer-Royals-  I would trade a substantial package for this guy including Dom Smith and yes I know he is a free agent at the end of this season but I would run the risk and whatever it took to resign him even if it costs 200 million I would do.  Here is why, He is a 27-year-old player who is entering his prime and a proven winning player.  He plays Gold Glove defense, hits for average, gets on base and is one of those guys in a lineup that knows how to get the big hit.  These types of guys are rare and very hard to find in this all or nothing baseball era we are in.  A 3-4 of Hosmer and Cespedes over the next 4 seasons would be a nightmare on opposing pitchers.  I also think Hosmer is a guy who has not reached his full offensive potential yet in terms of power. He had a career high 25 home runs while hitting 299 last year and moving him out of Kauffman stadium alone could add a few to his total right off the bat.  This type of bat in our lineup would have as big of an impact as Yoenis Cespedes has had in my opinion so whatever it takes to get it done I would do.

2) Jose Abreu-White Sox-  Another guy I would unload top prospects for and I think the Mets would have an easier time doing it considering his team friendly deal he is on until 2020.  Jose Abreu has done nothing but hit since he has come into the MLB from Cuba 4 years ago.  He is not the fielder Hosmer is but the one bonus to him is he is a right-handed bat.  This is more important for a team like the Mets since the majority of their main offensive players are lefty or better hitters from the left side.  There are not many right handed bats that are available who have Abreu’s offensive skill set at any position so this would be a huge addition.  The only problem could be dealing with the White Sox who have gotten huge returns for the players they traded this offseason (Adam Eaton, Chris Sale) and will probably be looking for a similar haul in regards to Abreu.

Shortstop-  This one is a simple fix for me.  Asdrubal Cabrera did a fine job last season and is defiantly a serviceable player but his warts are showing through this season.  Last year he was solid defensively this year he has become a liability.  I blame most of this on injury but that is part of being an older shortstop in this league.  The solution is Amed Rosario and his time to take over is now.  He is currently hitting 355 in triple A with 10 doubles, 1 triple, 2 home runs, 21 rbis and 7 steals.  Add in his gold glove caliber defense and away we go.

In part 2 of this post I will go over what we can do about the state of the pitching staff which right now is probably a bigger concern.